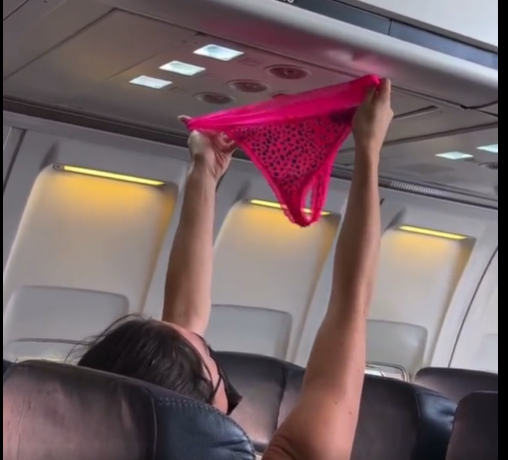 A trending video has emerged showing a woman washing her undies mid-flight in a full airplane.
The origin/destination of the flight could not be immediately ascertained at the time of the report. The woman could be seen washing her panties in a drinking glass after which she perceived it to check if the pant was really clean.
Some shocked passengers could be seen giggling as the woman went ahead with her duties ignoring the bewildered onlookers. When she was through, she put on the air vents on the airplane and proceeded to dry off her panties.
The video has generated quite some views as netizens have continued to wonder how the woman arrived at such guts.