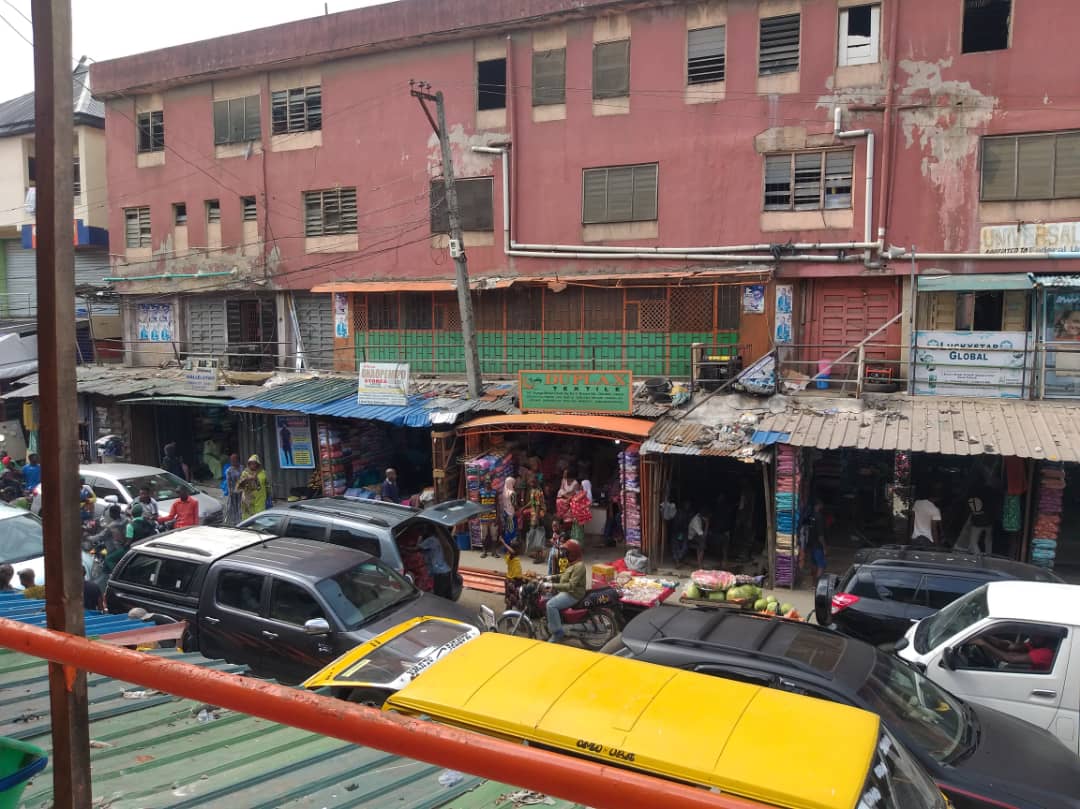 Following the move by Lagos State building agency to demolish a building used for both residential and business at No 2, Brown street, off Bolade bus stop, Oshodi occupants have cried out that there is a foul play going on in the demolition notice.
An anonymous man who earns his daily living in the said buildings stated that, ” the property is beyond what people read on papers or electronic media, it is a calculated move by an up and coming developer living in the community who is hell bent on using all means available to claim ownership of the building”
He said the battle over the building has been on for more than three years. We gathered that, the upcoming developer who is willing to go to any extend to acquire the building forcefully wants to take over despite the fact that he is not the one who built it.
Insiders squealed that the high rise building was built about 25 years by a Lagos based contractor who was given the right by the owners of the building to lease it for 25 years and his tenor would expire within the next six months.
However, war started raging after an upcoming developer thought he could bypass due process, bribe his way through. The said upcoming developer sold his house located on the same brown street and used the proceed to lure the family who own the building despite the fact that they had a written agreement with a contractor who had invested money in erecting it. We reliably gathered that in the advent of trying to romance the family with money, he has spent all he had including a loan he collected from bank. Despite knowing that the odds are against him, he resorted to bribing his way through, he consulted a top political herms man in Oshodi who helped him grease the palms of an officer in LASBCA and Engineer Toyin Omotosho. The results of their actions led to the building being marked for demolition despite the fact that a test they claimed to have conducted has been done by the contractor who got the contract at the initial stage.
We also gathered that the initial contractor is a professional to the core, he is the boss of Kendydoo investment, a man who knows his onions and has built several ultra modern edifice which are still standing till today round Oshodi and Lagos state in general.
Many who saw the notice most especially those who knew about the intrigues and power play surrounding the building have been asking why the despiration when it was previously agreed that the initial agreement between the family and the first developer should be followed after which the upcoming developer can take charge of the building. Some even questioned the sudden despiration since the contract is just six months to it expiration period. “We all know this kind of antics are pre determined attempt and also politically motivated to tarnish the image of the developer who built the property they said”