Lawyer Caught Having Sex During Trial On Zoom 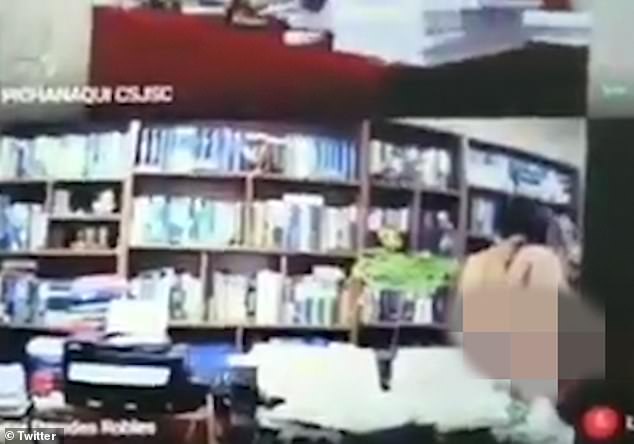 A popular lawyer in Peru is currently under fire after he was caught having sex on Zoom network during a live court trial.

In the video currently circulating, Hector Paredes, was caught stark-naked with a brunette as he forgot to turn off his camera during a hearing organised by a court in Pichanaki in the central Peruvian region of Junin on Tuesday, January 26.

Court officials and other lawyers looked on in shock as Paredes, who was supposed to defend members of a criminal organisation ‘Los Z de Chanchamayo’, aired an x-rated scene during a session which was being watched and recorded on a public live feed.

Although the brunette is yet to be identified, reports suggest that the lady is one of Paredes’ clients and could be identified soon.

Further reporters revealed that Paredes was barred from any more involvement in the ongoing land trafficking, fraud and extortion case.

Paredes was also told he would face two separate probes, one by state prosecutors and another by his local bar association.