Because Of This River, Rearing Of Domestic Animals Is Forbidden In This Ondo Community 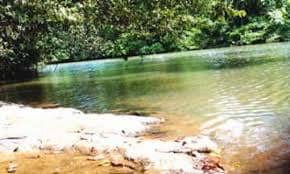 If you must keep your domestic animals, then you have to stay far away from Omu, an ancient town in Akure, Ondo state.

Rearing of regular animals like pig, goat, chicken, sheep, dog or the likes which normally serve as sources of food and income to some residents are not part of bargain in living in the town and failure to adhere will attract a dire consequence.

According to the community leader, chief Idowu Falokun, domestic animals are not allowed in the community so as to protect the river from whatever that is capable of polluting it.

“For the role this river played in our lives, we have decided to be worshiping its goddess called Olokun and guard the river jealously to prevent anything that can pollute it from getting to its site.

“This is the reason why we forbade the rearing of any domestic animal because these are things that can easily bring us into trouble.

“A day is usually set aside in the year to worship the goddess of the river because all the good things happening in this community is the handing work of Olokun goddess.

“The strange thing about this river is that it does not dry no matter how long the dry season may be,” he said.

Also confirming the statement was Mrs. Abigail Oluponna, a 93-year old resident of the town.

“This is one of the ancient towns in Ondo state. Our population is not much because of the tradition that we practice so it is somehow difficult for outsider to live with us.

“The river is the only source of water supply in this town and since we have been here, there has never been any case of water related disease. We worship the Olokun, goddess of the river once in a year and we always see the result.

“So, it is impossible to come about any domestic animal around here and we have maintained that sanctity over the years.”

The town was said to have named after the river by a sojourner called Asekutu.

Investigation revealed that the founder after traveling a long distance in search of water and where to settle, discovered the river, drank from it and slept off due to fatigue.

After they woke up, they were said to have moved around and thereafter named the settlement after the river as “Omu”, about 200 years ago.