THE GREATEST FOOTBALLER WHO SHOULDN’T BE GOD : LIONEL MESSI 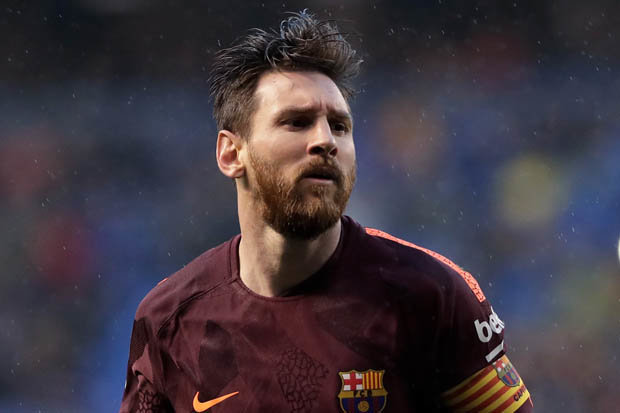 Argentina coach Jorge Sampaoli maintained a perplexed look throughout the second group-stage fixture against Croatia. His tattooed forearms bulging out of his skin-tight shirt belied his grimace. Gesticulating furiously from the touchline, his misery never seemed to end as his team delivered a demonstrably incompetent defensive show while his attack – largely astray – was on a wild goose chase. With a single point in their bag after two fixtures and a negative goal difference, their task was cut out for the final matchday against Nigeria. In line with his more recent predecessors, Sampaoli has disappointed both with his selection and a lack of expression in his football. But the extent to which his ineptitude was allowed to influence the results was the most troubling aspect of Argentina’s performance in the first two games. Because beyond a point, it is no longer about Sampaoli. He was never meant to be the man holding this team’s fortunes.

That man, instead, was Lionel Messi – Argentina’s captain, talisman, superstar and one of the greatest footballer in history. It was Messi who had to be in control of this ship from the beginning. After all, it was his individual brilliance in Ecuador that had directly qualified Argentina for the World Cup. He has been indispensable for over four years, and thanks to whom the current Argentina team looks remotely functional. Despite the press and the people at home not holding the most charitable opinion of him, this is well and truly Messi’s Argentina and he was a general in command of these troops.

That is why it was bewildering to see Messi being parked on the right flank with minimal involvement in any attacking buildup against Croatia. With his team falling flat, the world expected Messi to be more assertive than to merely cut a helpless figure. He had to be seen more on the ball, found in the right positions to maximise the team’s output and, above all, instil a sense of fear among the opposition with his presence. All of this was seen in abundance on June 26 as he recognised the gravity of the situation and delivered a performance befitting both the occasion and his class.

There had been talks of a rebellion in the Argentina camp as players were not entirely happy with Sampaoli’s handling of affairs. Whether the players had their way or Sampaoli finally woke up to correct his errors, Argentina soon fielded a team and a formation that could exploit the strength of their best player to the fullest. Messi was conspicuously more central than in the Croatia game and wielded greater influence. To make up for a lack of creative impetus from the centre, he was forced to drop deeper than he’d have liked. The Sevilla midfielder Éver Banega took care of starting and remained instrumental, making decisive runs and providing incisive balls up the pitch. 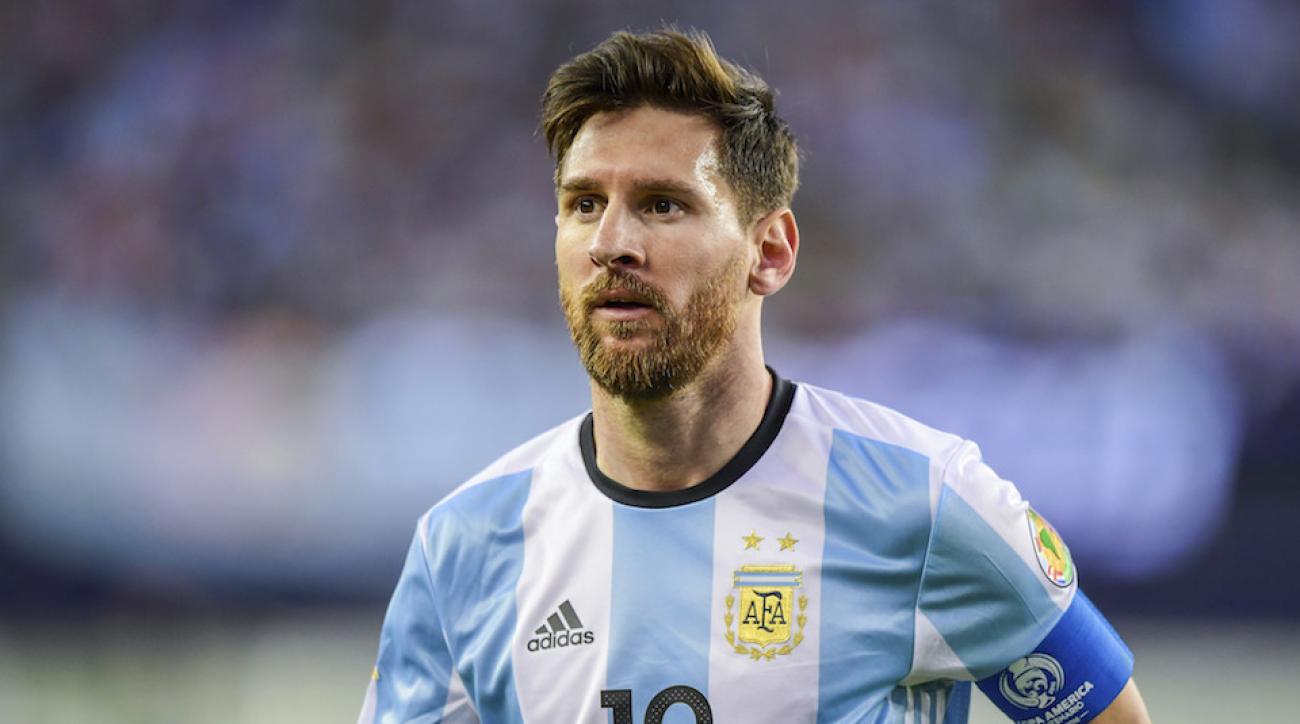 In the 14th minute of play, when things looked shaky with both teams losing possession rather easily, Banega looped the ball over from the halfway line into Messi’s path, perfectly weighted for Messi to work his magic. In the next three seconds, Messi schooled the rest on spatial awareness, movement, anticipation, ball control and finish.

However, the night didn’t allow Argentina a fairytale finish; only a dramatic late winner from Marcos Rojo sealed their place in the 16. But the story of the night was Messi: he was back and how! The weight of expectations had quite visibly burdened him and that in part had limited his confidence going into the tournament. His indifference against Croatia had raised questions over his appetite to win. Some even speculated of a second retirement should Argentina be eliminated.

That Messi nipped all the claptrap in the bud is not the point here, but that he is still seen as someone having to prove himself at the highest stage is. Perhaps it is the ridiculous scale of Messi’s achievements that makes people look for a chink in his armour more desperately than normal, although Messi wouldn’t be the first in that regard. Every time a person has accomplished things otherwise deemed humanly impossible, it has bred a glaring sense of insecurity among the rest, leading to derision and contempt.

In his 2016 book Homo Deus: A Brief History of Tomorrow, the Israeli author-historian Yuval Noah Harari offers a perspective on divinity in the modern world shaped by reason and science. Specifically, that humanism vests its faith in the power of humans the way religions do in a god.

A modern god as defined by humanism is the human empowered by scientific and technological progress. This human is relatable, tangible, accessible and yet unequalled, often unfairly loaded with the hopes and dreams of mortals. A modern god is the source of unrestrained happiness that lesser men believe they can’t earn for themselves. A modern god is loved, admired and venerated for as long as the cloak of infallibility stay on. The moment it slips, this human starts feeling just as vulnerable as any of us. Much like Lionel Messi.

In the face of Messi, the people have nurture a notion that their demands having to be compulsively met. The gods aren’t allowed to falter like the rest of us; if they do, they reveal their human limitations and we don’t like that. Every time Messi takes the field donning the Albiceleste colours, he must ensure an otherwise mediocre team punches above its weight. But if he fails to transcend the mediocrity that surrounds him, why would he even be looked up at in the first place? 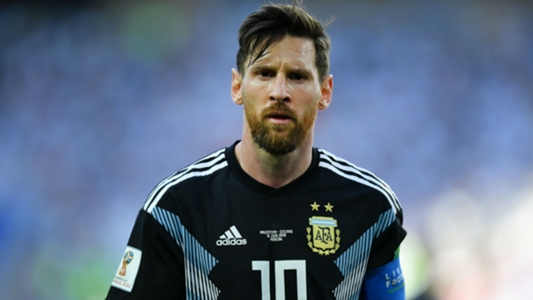 It’s not like Messi is the first footballer to have been installed on Olympus; he isn’t even the first one from Argentina. And that is part of the problem. By all metrics, Messi is a superior player to Diego Maradona but he lacks the latter’s romance. The Maradona in the popular imagination today is more than a footballer, his flamboyant persona and extravagant lifestyle having gone on to define him as much as his preternatural skills on the ball have. The day after June 26, he made as many headlines with his mannerisms in the stands as much as the players did with their on-field heroics. The press loves Maradona. He is, despite all his shenanigans, a flawed genius – a people’s man.

Messi, on the other hand, is a product of a capitalist world. The world today is politically more stable than ever and footballers no longer manifest the political anger of the working class. Instead, they endorse a life of material comforts, and romance has steadily seeped out of the sport. It’s hard to look at players as more than professionals doing their jobs. This is why it’s harder to love Messi the way Maradona was loved

Also unlike Maradona, Messi’s personality is more bland. Off the field, he is fairly uninteresting and offers little for the press to cover. Barring a few occasions, his goal celebrations have been pretty basic compared to those of his peers, who prefer diving into a pool of self-indulgence. His greatest strength, however, has been his mechanical consistency – something even Maradona lacked, although that can be overlooked because he has had bigger moments for history to remember. Never has a player dominated club football the way Messi has for over a decade now, although few would deny his ridiculous consistency is a function of time. We are living in an era of superclubs where petrodollars have made it virtually impossible for the best talent to remain more fairly distributed. Sports science, coaching methods and awareness of diet and training are more evolved than ever. Nonetheless, what Messi has delivered is nigh impossible to replicate. His consistency is on the verge of being boring. And that’s why failing to win a World Cup with a strictly mediocre squad shouldn’t come in the way of defining his legend. 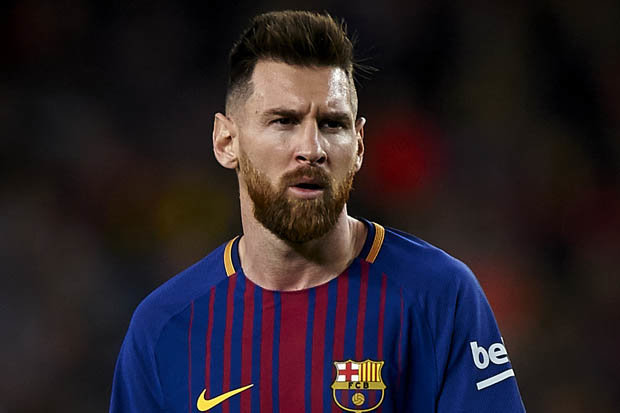 It’s often overlooked that Argentina has already overachieved with Messi at the helm. And if three back-to-back finals in as many years is considered a failure, it only explains the outrageous nature of expectations. Two of these finals were lost on a penalty shootout and the third by a late extra-time goal. It’s not unfair to suggest Argentina haven’t had the rub of the green for too long. With more luck, Messi could have had multiple international trophies on his resume by now; if he doesn’t, it’s been by the thinnest of margins.

But having qualified for the knockout stage, a big load ought to have been taken off of Messi’s already overburdened shoulders, although it may not end Messi’s suffering in the national colours. At some point down the road, he will falter again and the industry revelling in his pain will erupt in earnest. The time has come for him to take charge of his fortunes and shrug off obligations towards those who see him as a god among men. It’s this obstinate desire to prove a point that he must tame, and his own fallibility that he must stop fighting and make peace with what keeps him human. It’s possible that this sense of abandon and impetuosity is just what he needs to find that one moment of inspiration he did in Ecuador last year. Should he manage to play in that mental space for the remainder of the tournament, the other qualifiers have a lot to worry about.