How People’s Democratic Party is a Power To The People of Nigeria? 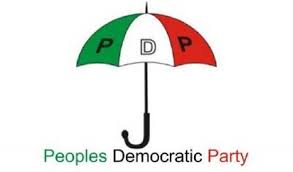 The People’s Democratic Party (PDP) is a major contemporary political party in Nigeria. Its policies generally lie towards the centre-right of the political spectrum. It won every Presidential election between 1999 and 2011, and was until the 2015 elections, the governing party in the Fourth Republic although in some cases, amid a few controversial electoral circumstances. Currently, PDP controls 12 states out of 36 states in Nigeria.

History
In 1998 the PDP selected former military leader Olusegun Obasanjo as the presidential candidate in the elections of February 1999, with Atiku Abubakar (Governor-Elect of Adamawa State and a former leading member of the Social Democratic Party) as his running mate. The duo went on to win, being sworn-in in May 1999. The Minister of Finance in this government was Adamu Ciroma, a former secretary of the National Party of Nigeria (NPN).

In December 2006 Umaru Yar’Adua (formerly of the People’s Redemption Party and the Social Democratic Party) was chosen as the presidential candidate of the ruling PDP for the April 2007 general election, receiving 3,024 votes from party delegates; his closest rival, Rochas Okorocha, received only 372 votes. Yar’Adua was eventually declared the winner of the 2007 general elections, held on April 21, and was sworn in on May 29, 2007, amid widespread allegations of electoral fraud. In the Nigerian National Assembly election, the party won 260 out of 360 seats in the House of Representatives and 85 out of 109 seats in the Senate.

At the PDP’s 2008 National Convention, it chose Prince Vincent Ogbulafor as its National Chairman on March 8, 2008. Ogbulafor, who was the PDP’s National Secretary from 2001 to 2005, was the party’s consensus choice for the position of National Chairman, selected as an alternative to the rival leading candidates Sam Egwu (who was backed by Obasanjo) and Anyim Pius Anyim. All 26 other candidates, including Egwu and Anyim, withdrew in favor of Ogbulafor. Meanwhile, Alhaji Abubakar Kawu Baraje was elected as National Secretary.

In 2011, after the People’s Democratic Party saw members defect for the Action Congress of Nigeria, some political commentators suspected that the PDP would lose the Presidency. Following PDP candidate Goodluck Jonathan’s victory in the 2011 elections, it was reported that there were violent protests from northern youth.

Slogans
The longtime slogan of the People’s Democratic Party has been “Power to the people”. During the party’s National Convention in Port Harcourt, Rivers State on 21 May 2016, David Mark, a former President of the Senate of Nigeria, introduced “Change the change” as the party’s campaign slogan for the 2019 general elections.

On the other hand, the PDP adopts a more leftist stance towards poverty and welfare. In 2005, President Obasanjo launched Nigeria’s first National Health Insurance Scheme (NHIS) to ensure that every Nigerian has access to basic health care services.

The PDP strives to maintain the status quo on oil revenue distribution. Though the PDP government set up the Niger Delta Development Commission (NDDC) to address the needs of the oil-producing Niger Delta states, it has rebuffed repeated efforts to revert to the 50% to 50% federal-to-state government revenue allocation agreement established in 1966 during the First Republic.

Social issues
The PDP is against same-sex relations, and favors social conservatism on moral and religious grounds. In 2007, the PDP-dominated National Assembly sponsored a bill to outlaw homosexual relations, making it punishable by law for up to five years in prison.[17]

The party is a moderate advocate of state-autonomy and religious freedom for the Nigerian provinces. In the year 2000 the introduction of Islamic law in some states in Northern Nigeria triggered sectarian violence in Kaduna and Abia states. The PDP-led federal government refused to bow to pressure from the southern, predominantly Christian states to repeal the law, and instead opted for a compromise where Islamic law would only apply to Muslims.

2015 elections
In the 2015 elections, the incumbent president and PDP presidential nominee, Goodluck Jonathan, was defeated by General Muhammadu Buhari of the All Progressives Congress by 55% to 45%, losing by 2.6 million votes, out of approximately 28.6 million valid votes cast. Out of Nigeria’s 36 states and the Federal Capital Territory, General Muhammadu Buhari won 21 states while President Goodluck Jonathan won 15 states and the Federal Capital Territory.

4 thoughts on “How People’s Democratic Party is a Power To The People of Nigeria?”