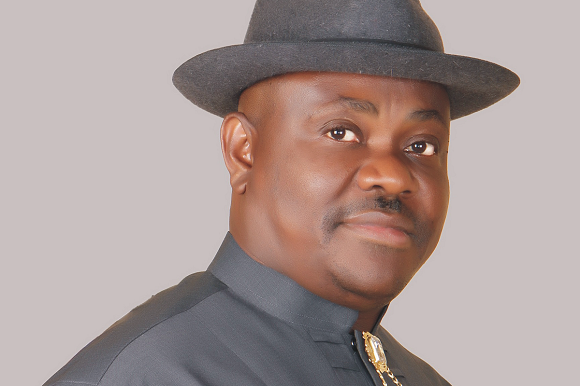 Wike was appointed Minister of State for Education on 14 July 2011. Wike was later appointed the Acting Minister of Education, after Mrs Riqqayatu was sacked but resigned before finishing his term to campaign for Governor of Rivers State. He was replaced by Viola Onwuliri. In 2014, he won the Rivers State People’s Democratic Party primary and chose former Secretary to the State Government Ipalibo Banigo as his running mate for deputy governor.

Wike defeated Dakuku Peterside of the All Progressives Congress (APC) in the April 11 gubernatorial elections to emerge as governor. On May 13, 2015, the Election Tribunal for Rivers State, sitting in Abuja, commenced the hearing on the election of Nyesom Wike. Dr Dakuku Peterside of the APC is seeking the tribunal to nullify the election of Nyesom Wike of the PDP who was declared winner as governor in the poll held on April 11, 2015, on the grounds that it was fraught with malpractices and non-compliance with the provisions of the Electoral Act. 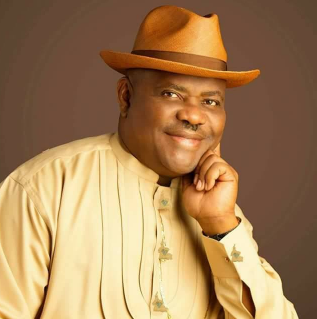 Nyesom Wike opposed the hearing of the case in Abuja, arguing that the Tribunal should be held in Port Harcourt. But the President of the Court of Appeal, Justice Zainab Bulkachawa, rejected Wike’s arguments and ordered that the tribunal be held in Abuja, for reason of security. Justice Zainab also ordered that, besides Rivers, all Election Petition Tribunals for Adamawa, Borno and Yobe beheld in Abuja.

After failing to serve Wike with court summons, presiding Justice Muazu Pindiga approved the request by Mr Oluwarotimi Odunayo Akeredolu, the counsel to Dr Dakuku Peterside of the All Progressives Congress, to grant an order for substituted service on the governor-elect because Wike had been evading service of court summon and other processes in the petition challenging Wike’s elections. Akeredolu stated that the court bailiffs had on several occasions visited Wike’s residence to effect court service on him but was on all the occasions turned back at the gate by Wike’s security guards upon a discovery that he was a court bailiff. The Election Tribunal was informed that the Independent National Electoral Commission in Rivers awarded Mr. Wike votes almost five times higher than the actual, authentic total number of voters accredited with card readers and Permanent Voter Cards which was 292, 878, which was the total number of accredited voters for the April 11, 2015 gubernatorial election in Rivers. The result as declared by the Returning Officer for Rivers State Mr. Osasere Orumwense on April 13, 2015 stated that Mr. Wike was awarded 1,029,102 votes, thus winning the election.

However document was signed by Ibrahim Bawa, the acting director in charge of INEC Legal Unit and Abimbola Oladunjoye, head of the unit, Data Management, of the Commission’s Information Communication Territory Department. According to the result declared by the Returning Officer for Rivers State, Osasere Orumwense on April 13, Mr Wike was awarded 1,029,102 votes, representing 87.77 per cent of 1,228,614, being the conjured number of total accredited voters.

But the tribunal was informed that according to INEC documents, tendered as court evidence, the total number of accredited voters in Rivers was only 292, 878. It was also common knowledge, however, that there was a widespread malfunction of Card Readers on the Election Day. prompting the extension of the election to the next day and granting recourse to the use of manual accreditation without the faulty card readers.

The INEC document was signed by Mr Ibrahim Bawa, the acting director in charge of INEC Legal Unit and Abimbola Oladunjoye, head of the unit, Data Management, of the INEC’s Information Communication Territory Department. The commission’s central server captured all actual validated and authenticated votes for the Rivers State elections on April 11, 2015, making fraud by manual accreditation impossible.

In that election, only those votes captured by the central servers from the PVC-SCR are deemed accredited and valid; manual accreditation is not allowed for governorship elections. The Court of Appeal has however ruled in the case of Agbaje vs Ambode that the non-use of card readers is not a ground to nullify an election. The River State governorship election tribunal nullified the election of Mr Nyesom Wike on October 24, 2015. The election tribunal ordered governorship election rerun in Rivers State within 90 days immediately after the day of judgment generating uproar within the country as to alleged partisanship and corruption within the judiciary.