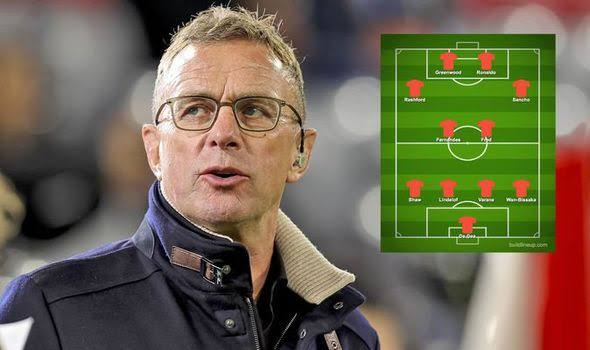 More names are coming out every day with regards to replacing Ole Gunnar Solskjaer at Old Trafford. The list of candidates have reportedly recent, accommodated German Coaching star Ralf Rangnick, as a potential option to replace Solskjaer should he be sacked. Solskjaer’s job at United is hanging by a thin thread as pressure mounts upon the Glazers to make a change before the Red Devils fall deeper down the pecking order in England and Europe as a whole.

Ralf has been identified as a potential candidate, but like we have analysed others, is he the right man to replace Solskjaer and can he bring United out the sinking puddle they are in currently.? Let’s see a few things about him that could answer this lingering question.

Rangnick is often considered as the coach who helped shape the well-known ‘Gegenpressing’ and a mentor to top German Coaches like Julian Nagelsmann, Thomas Tuchel, and Jurgen Klopp. His work with Hannover, Schalke and especially Red Bull Leipzig has made him stand out among his peers. It was during his time as director of Leipzig that the talents like Erling Haaland, Timo Werner and Sadio Mane came to light. He is adept at using the 4-2-2-2 formation which gives room for youngsters like Greenwood, Sancho and Rashford in the attack all in the same match.

The 68-year-old is a coach whose expertise and technical know-how and winning philosophy could inspire Old Trafford out of the disgraceful state they are in which some have termed “The Miry Clay”, and lead them back to being the best among Europe’s finest. The question “if” Rangnick will be the right man for Man United, will have to be answered after he is appointed. One thing is certain, however. The man is way more experienced than Solskjaer and has recorded more success in the teams he has been involved with in terms of Player success and tactics. He will generally be a good change to their present predicament should the Trafford bosses finally do-away with their former Hero.