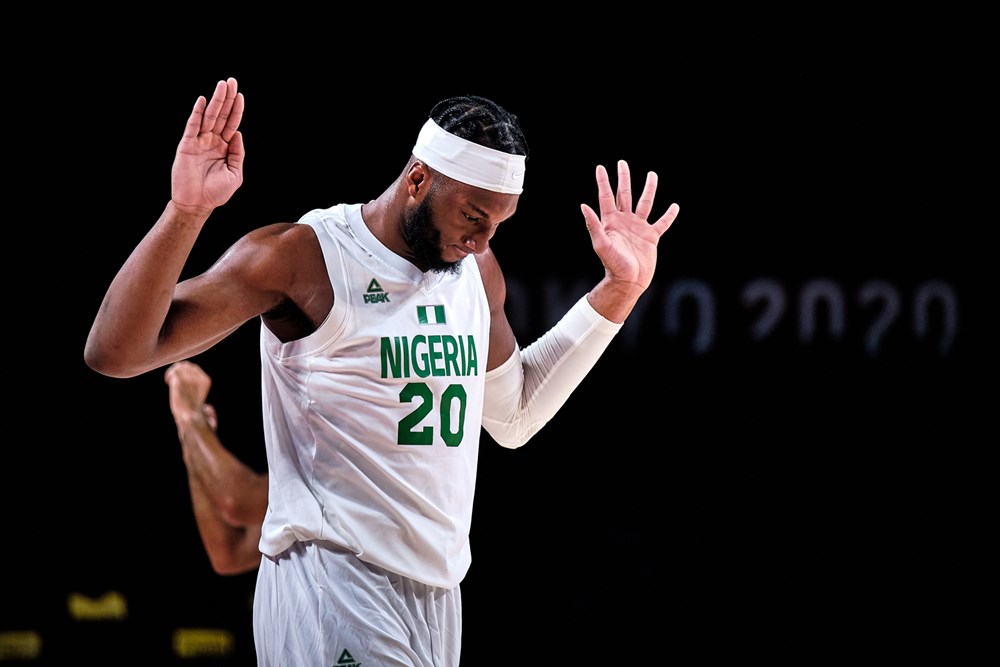 With Tokyo 2020 now fully underway, we take a look at both the Men’s and Women’s Basketball events, both of which feature Nigeria as African representatives. The Basketball tournaments will run from till Sunday, 8 August, with all games held at the Saitama Super Arena in greater Tokyo.

The Men’s tournament is already well underway, with Nigeria opening their Group B campaign on a losing note as they went down 84-56 to Australia on Sunday. D’Tigers faced up to Germany on the morning of Wednesday, 28 July and will complete the group stage by taking on Italy on Saturday, 31 July at 5:30am on SuperSport Olympic 3 (DStv channel 204 and GOtv Channel 31) with a place in the knockout round the key objective for coach Mike Brown and his charges. “I just know that there’s a ton of potential there, a ton of potential,” said Brown. “And to help to try to get organised and get it prepared to perform at the highest level, is something that really drives me in trying to make this experience fantastic for all the players that are coming to be a part of it. That’s what this thing is all about.” “This Nigerian team is completely different from the 2004 team,” centre Victoria Macaulay explained, referencing D’Tigress’ last appearance at the Games 17 years ago.

“With what I have seen of this team, I believe we are a much stronger team and in the areas that we lacked before, we have adjusted and grown as far as being an offensive threat in the post and guard positions. We are even stronger on the defensive end of the court and that will help us move past the first group stage of the Olympics this time around.”

She added, “I believe Nigeria is strong enough to play and compete against whoever we come against. In my experience, I believe Nigeria has a chance of beating anybody when we are focused and put our mind on it.

“We are an aggressive team and learn from our mistakes. What we are weak in will become what we are strong in, defensively and offensively we prepare to be great and challenge ourselves to become even better day after day.”