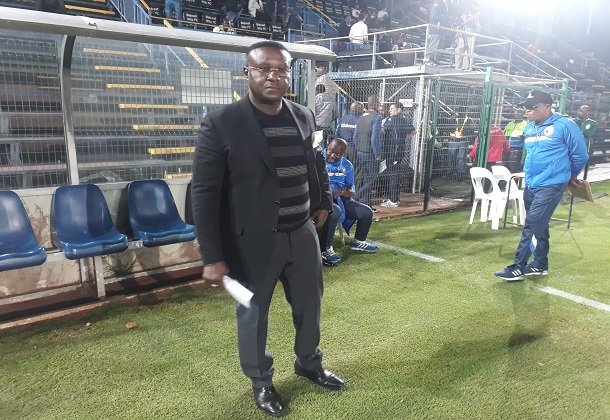 The Mountain of Fire Ministries Football Club of Lagos have alleged they were attacked on Sunday, July 25, 2021, at the Enyimba International Stadium, Aba during their Matchday 35 fixture of the ongoing Nigeria Professional Football League (NPFL) season.

Felix Anyasi, the Chairman of Enyimba was alleged to have partaken in the attack but the NFF executive member has vehemently denied what he described as a frivolous allegation.

According to a statement issued by Olawale Quadri, MFM FC Media Officer, Sunday’s encounter against the People’s Elephant was marred by assault on the Lagos-based side. The matchday 35 fixture ended in a 2-1 win for the home team, courtesy of goals from the Enyimba duo of Tosin Omoyele and Anthony Omaka with Oladayo Alabi scoring MFM’s clinical goal.

It was alleged that the Nigeria Football Federation (NFF) Executive Member who doubles as the Chairman of Enyimba International, Chief Anyasi and his Officials, assaulted and harassed MFM FC Football Director, Barrister Davidson Adejuwon and the team’s goalkeeper, Adeniyi Bamidele.

“I was assaulted by Enyimba Officials yesterday, who pushed me in the chest in the presence of Chief Anyasi, who could not but joined his men to harass me in the presence of my welfare officer, while I was attempting to address my Players before the match,” Director of Football, MFM FC said.

He continued: “The attack from Chief Anyasi against my person continued as he returned to his seat. All these I faced at Enyimba because I raised the issue of 30% fan capacity and ticket sales which was never communicated to other clubs, particularly MFM FC. “The Match Officials were put under all sorts of pressure by Chief Anyasi and his bodyguards to favour Enyimba which they eventually did and I won’t blame them.

“Chief Anyasi personally held and harassed the 4th Match Official, along with his bodyguards from raising the four additional minutes as instructed by the CR.

“Chief Anyansi and his goons successfully took full two additional minutes after the regulated 90 minutes and forced the CR to abandon the game, and succumbed to his pressure before they allowed the 4th Official to raise the additional time, which was eventually changed to five minutes, plus the two minutes they took while the 4th official was being held to ransom. MFM implored the League Management Company and the Nigeria Football Federation (NFF), Disciplinary Committee to look into this act, which they noted is capable of destroying the beautiful game of Football in Nigeria and act according to the rule book.

On his part, the accused Enyimba chairman insist that the allegations against his person were all fabricated and also demanded verifiable evidence fo all the allegations.