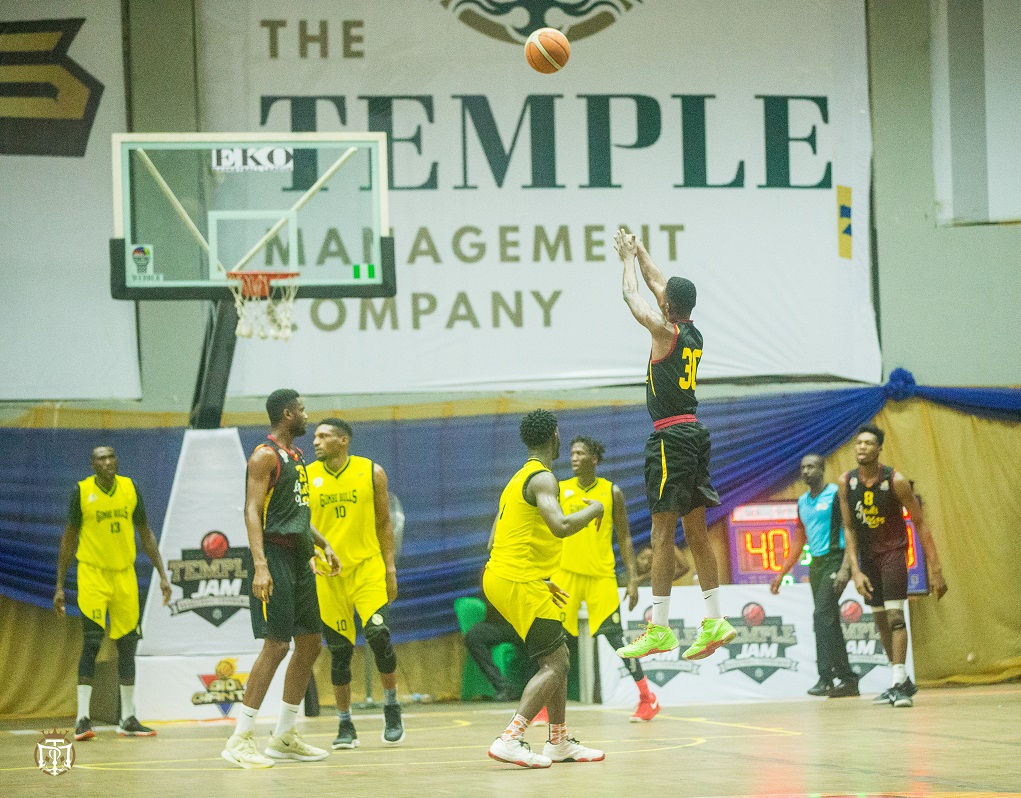 Over a thousand spectators crammed into the indoor hall of the Teslim Balogun Stadium to watch the Gidi Giants defeat the Gombe Bulls 58-51 in a tense and pulsating affair.

The Temple Jam basketball tournament, an initiative between the Lagos State basketball Association and the Temple Management Company, witnessed eight teams compete for the trophy over a 7-day period.

The Chairman of the Temple Management Company, Tunde Folawiyo, expressed his delight at the success of the tournament and urged Nigerian sports lovers to take a greater interest in basketball.

“I was most impressed by the organization and level of preparedness of the event by all concerned,” Mr. Folawiyo said. “Some of the participating teams came from quite a distance to be a part of this and everyone showed a wonderful competitive spirit. I hope that this tournament and continued initiatives by the Lagos State Basketball Association will raise the profile of the sport in Nigeria even further.”

The Gidi Giants, who were making their competitive debuts, received many plaudits from a boisterous crowd for their flair, strength and sportsmanship. Owen Oriakhi, the elusive point guard for the Gidi Giants, went home with the championship MVP Award.

Among those present at the final was the Speaker of the House of Representatives, Femi Gbajabiamila, alongside Oba Saheed Elegushi, Daddy Showkey, Sound Sultan, Jeff Akoh, Mimi Onalaja, Mama Tobi and many others.