WATCH! Mayweather calls McGregor a “knock-off” version of himself in Icy shower interview with Kevin Hart 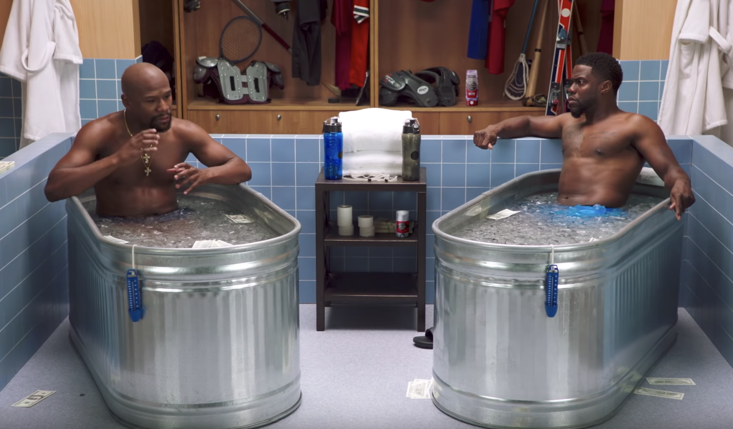 Floyd Mayweather believes Conor McGregor is a “knock-off” version of himself. “Money” participated in a “Cold As Balls All-Stars” video alongside comedian/actor Kevin Hart. During the video, Hart and Mayweather discussed “Money’s” last boxing opponent, UFC mega-star Conor McGregor. Mayweather bested McGregor inside the squared circle back in 2017. mmanews

He defeated the Irishman via 10th round TKO. Mayweather labeled McGregor as the “Caucasian” version of himself, going as far as calling “The Notorious” a knock-off (via BJPenn.com): “He’s the Caucasian Floyd Mayweather,” Mayweather said. “He’s a knock-off. He’s a hell of a knock-off version.” 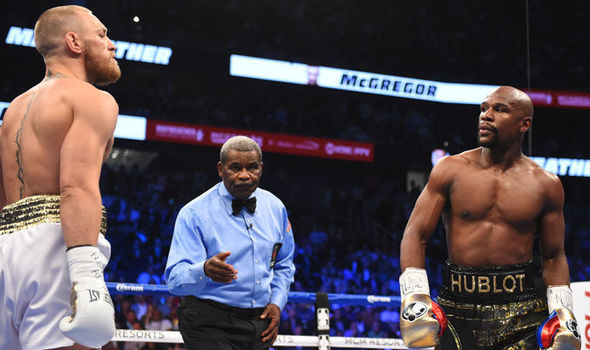 Although Mayweather was talking some trash, he did give the UFC star props, saying he takes his hat off to McGregor: “Yeah, I take my hat off to him,” Mayweather said. “I mean, he’s a dog.”

Mayweather holds a 50-0 lifetime boxing record and has been world champion in an astonishing five weight classes. His desire to ‘make money’ at any opportunity – something that he in fact references in the episode – came to the fore recently in a New Year exhibition fight against undefeated Japanese kickboxer Tenshin Kasukawa, a match which netted the American pugilist a cool $9million with Mayweather ending the bout in just 140 seconds. However, the sensitive side came to light with Mayweather discussing with Hart the reason for his career in boxing, how he started (‘Seven of us, in a one bed in Jersey’), his father, and when he breaks in boxing came. 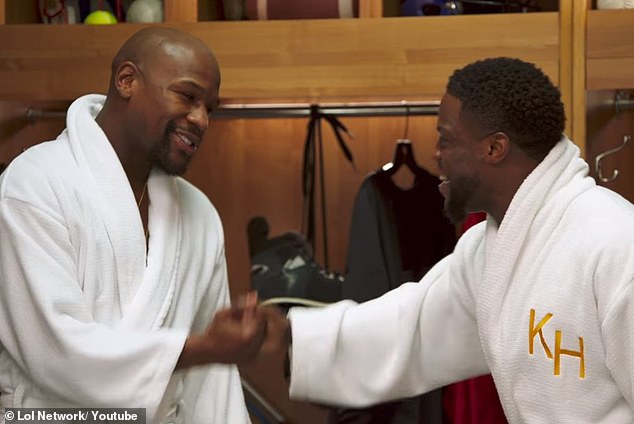 The conversation then switched to whether or not Mayweather would ever step into the Octagon and try his hand at mixed martial arts (MMA). “Money” said anything is possible, and he could land a billion-dollar contract with the UFC right now if he wanted to: “Anything is possible,” Mayweather said. “I can go get a deal right now from the UFC — a three-fight, four-fight, billion dollar deal, if that’s what I wanted.”

You can watch the video below.