10 richest footballers in Nigeria & their net worth in 2019. Who is the highest? 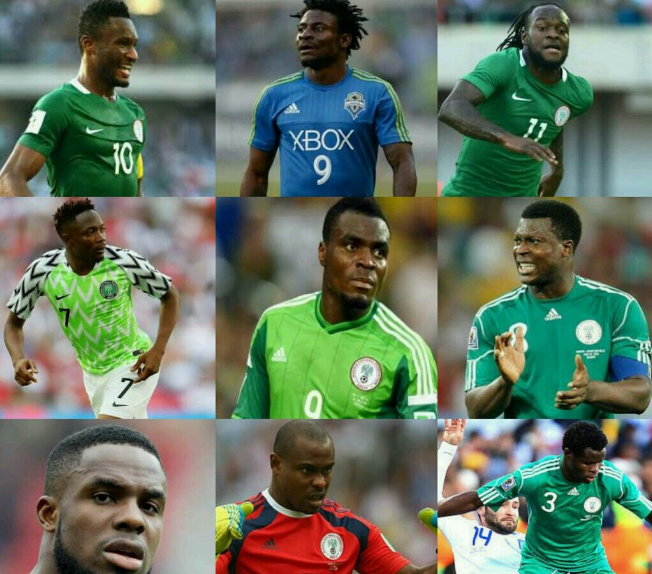 The Ten richest footballers in Nigeria and their net worth in 2019 Leicester City star Wilfred Ndidi is the most valuable Super Eagles player in transfer ratings.

The 22-year-old Premier League midfielder was missing from Caf 2018 Africa Best XI which causes so many questions of the football governing in the continent.

Nigeria as a country has produced very good footballers both past and present from Segun Odegbami, Austin Jay Jay Okocha, Kanu Nwankwo, John Obi Mikel, Victor Moses and Alex Iwobi but the income brackets between home-based footballers and Europe based is just…, in fact, I don’t have the words.

Let’s just not go there. This is why Nigeria is home to some of the richest football players in Africa. In no particular order, these are the richest Nigerian players.

Former Super Eagles forward grew up in Uzbekistan and Russia and began his career with Bendel Insurance in the Nigeria Premier League before he earned a move to European football with Belgian side La Louvière where he spent three seasons and later move to Ligue 1 side Lille with a spell with Lokomotiv Moscow, West Bromwich Albion, Cardiff City, Stoke City and Rotherham United.

Odemwingie who currently plays for Madura United in Indonesia made his national team debut for the Super Eagles in 2002 and played until 2014 with 63 appearances and 10 goals to his name.

Russian born was one of the most consistent players while he played for the Super Eagles the 37-year-old has had a various endorsement from Big Brands like Pepsi and others.

Taiwo was born in Lagos, and he began his professional career with Nigerian clubs Gabros International and Lobi Stars before a breakthorught to Europe to Olympique de Marseille in 2003,

Taiwo currently plying his trade in Finland side RoP where he made 33 appearances scoring one goal so far for the club.

Former Super Eagles goalkeeper Enyeama made his national debut in Nigeria’s 0-0 draw against England at the 2002 FIFA World Cup in Korea-Japan.

The 36-year-old quits Ligue 1 outfit Lille after seven years spell in August 2018 but the University of Uyo graduate is one of the richest footballers in the country has a net worth of $7million and an annual salary of €1.8 million after he has been playing since 1999 from Ibom Stars, Enyimba, Iwuanyanwu Nationale, Bnei Yehuda, Hapoel Tel Aviv and Maccabi Tel Aviv.

Enyeama was a part of Super Eagles for 13 years winning Africa Cup of Nations in 2013 and he had 101 caps to his name.

Anichebe was born in Lagos before moving to Liverpool at the aged one but sign his first contract signed in 2006 at Goodison Park after graduating from Everton Academy.

The 30-year-old made his debut for Nigeria on 26 March 2008 in an Olympic game qualifying match against South Africa as the striker came off the substitutes’ bench to score the final goal in a 3–0 victory for Nigeria.

Anichebe played 168 appearances for Everton and scoring 26 goals before leaving West Bromwich Albion, Sunderland and Beijing Enterprises but based on multiple sources, this Nigerian footballer has earned approximately 11 million U.S.

Yakubu is from Edo state and began his career with Okomu Oil in Benin before joining Julius Berger he later travels to Europe for Maccabi Haifa five years with Isreali giant.

The 36-year-old is believed to have a net worth of over 14 million U.S. dollars and he is one of the highest paid Nigerian footballers former Premier League striker has hotels in Auchi, a filling station also and other properties in the country.

While the first years of Emmanual’s career as a striker didn’t bring him any money, since he was a part of Delta Force club, he still managed to grow to professional matches. He moved to South Africa 10 years ago and kept playing.

He played for different teams, representing Nigeria in international clubs and earning good salaries. His current net worth is approximately 18 million U.S. dollars.

The 26-year-old started his career with GBS Football Academy before for featuring for JUTH, Kano Pillars, VVV-Venlo, CSKA Moscow and Leicester City.

In April 2017, Musa divorced his wife, Jamila, due to her refusal for him to marry a second wife. Which according to laws of Islam is right, Musa has since married the second wife.

Moses amazing career began with Crystal Palace before his performances caught the eye of Wigan Athletic, where he made his Premier League debut in 2010.

After two years at DW Stadium, where his game had improved to the extent that West London outfit Chelsea signed for them in the summer of 2012.

Moses has fallen out of favour at Stamford Bridge since the Blues manager, Maurizio Sarri took over from fellow Italian compatriot, Antonio Conte early this season.

Former Super Eagles forward have won the Premier League, FA Cup and UEFA Europa League during his time at Chelsea and making 128 appearances in all competition scoring 18 goals in the process.

Moses has an endorsement of over $1million annually, and he also has many landed properties.

Martins began his career 19 years ago with FC Ebedei and has since played for a number of top-division clubs around Europe including Inter Milan, Newcastle United and Wolfsburg.

The 34-year-old Nigeria international moved from MLS side Seattle Sounder to Shanghai Shenhua where he earns €8.4 million annually.

As at 2016 while he was at Seattle Sounder his net worth was $35million; this whopping sum qualifies him to be one of the richest footballers in Nigeria.

Obagoal has hotels in Italy and properties in other parts of the world.

Super Eagles captain is currently at the top of the list of the richest footballers in Nigeria after starting his football career with Plateau United and later Norwegian Lyn Oslo.

The 31-year-old made a controversial transfer to England 2006 to Manchester United but Premier League rival Chelsea challenge the deal.

FIFA the resolved the transfer three months later he later joins the Blues for £16 million after 11 years stay at Stamford Bridge he switches to Chinese club Tianjin TEDA on 6 January 2017 free transfer where he earns €8.4 million annually.

A reliable source revealed that the midfielder has amassed 57-60 million U.S. dollars net worth the majority of his asset is real estate in several countries as well as flashy cars.