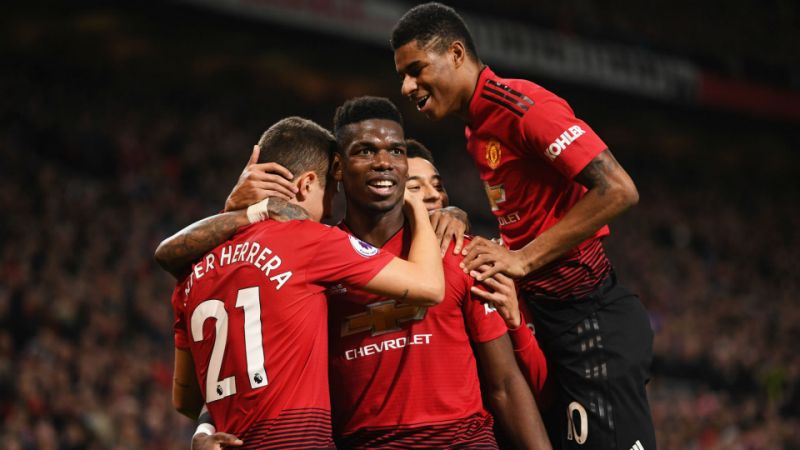 Manchester United midfield star Paul Pogba has been named the Red Devils’ Player of the Month for the first time this season, after being a pivotal figure in the club’s late December resurgence. The Frenchman won 66 percent of the votes cast by supporters on United’s website and official app, making him the clear winner ahead of his fellow nominees Marcus Rashford (28%) and Jesse Lingard (6%).

Pogba’s monthly accolade comes on the back of his two Man of the Match performances in the Premier League matches against Huddersfield Town and Bournemouth, in which he scored two goals apiece as the Reds racked up comfortable 3-1 and 4-1 wins respectively at Old Trafford. Along with a 5-1 demolition at Cardiff City, Pogba has been a different beast since Jose Mourinho left the club.

The midfielder has also been creating strikes for his team-mates, registering four assists across the month – including three in the first match under caretaker manager Ole Gunnar Solskjaer, the emphatic 5-1 away win over Cardiff City, when he cut loose to win the early free-kick converted by Rashford and also set up the efforts by Ander Herrera and Jesse Lingard.

Pogba is expected to star once again for the club in a Premier League clash at Newcastle United at St. James’ Park on Wednesday night. The Red Devils saw Arsenal open up a six-point gap on them after a 4-1 win over Fulham on Tuesday.