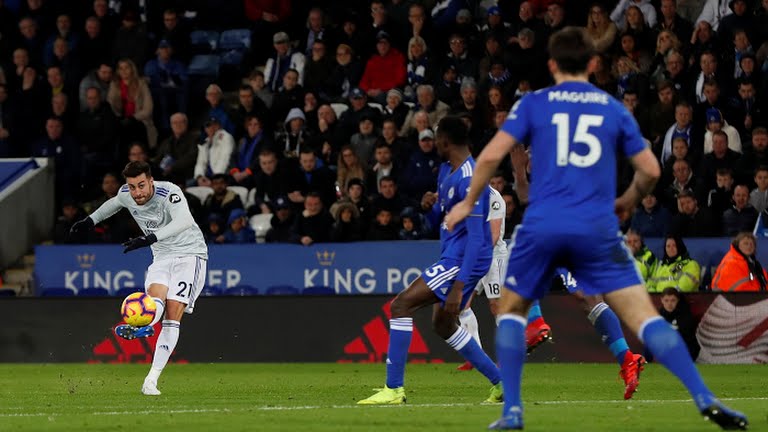 Leicester City were denied after James Maddison’s penalty was saved and Victor Camarasa went on to score a last-gasp winner for Cardiff with Wilfred Ndidi giving a solid performance and compatriot, Kelechi Iheanacho coming on in the second half.

Victor Camarasa scored a magnificent stoppage-time winner as Cardiff City earned a 1-0 Premier League win at Leicester City, who rued a late missed penalty from James Maddison. Leicester thought they were set to celebrate another win – after the impressive triumphs over Chelsea and Manchester City – when Maddison stepped up from the spot with 15 minutes left, but goalkeeper Neil Etheridge made a vital save.

That denied Leicester a third straight Premier League win and gave fuel to fans at the King Power Stadium who had booed regular penalty taker Jamie Vardy’s second-half substitution when the game was in the balance. And it got worse for the hosts when Cardiff struck in the second minute of added time, Camarasa collecting Bobby Reid’s pass and curling in a stunner from 20 yards. 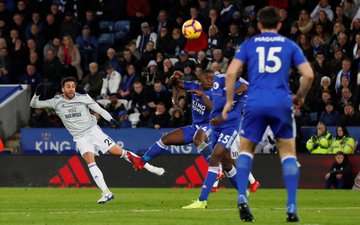 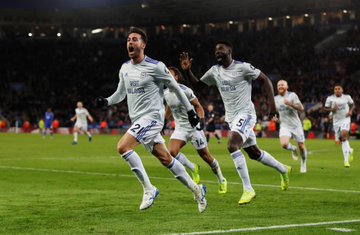 The visitors’ Greg Cunningham was inches away from stabbing into his own goal in the fifth minute, before Ricardo Pereira’s 20-yard strike forced a stop from Etheridge, who then kept out a Maddison free-kick. Leicester defender Caglar Soyuncu inadvertently headed against the top of his own crossbar, but Etheridge was soon to the fore again at the other end by rushing out to deny Vardy.

Josh Murphy’s powerful effort saw Kasper Schmeichel tested for the first time in the 66th minute, and he fired off target from another chance as Cardiff finally began to threaten. Vardy was replaced by Kelechi Iheanacho in a decision that was questioned by some sections of the home support, but there were cheers when a penalty was awarded after Sean Morrison was adjudged to have tugged back Maddison. 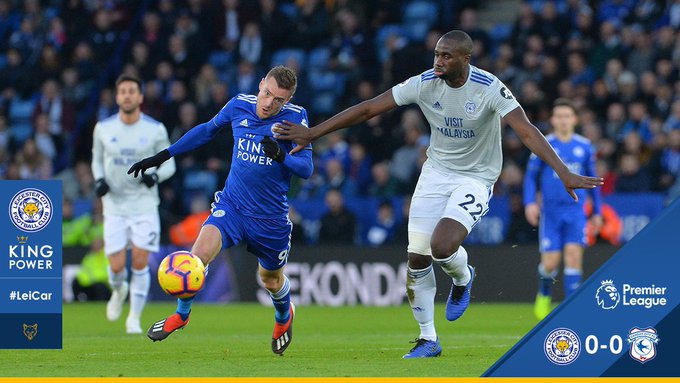 A second change for the Foxes at King Power Stadium:

Maddison was unable to beat Etheridge, who saved low down to his right, and Sol Bamba stopped the midfielder putting in the rebound. And just as it looked like Cardiff were set to battle to a second consecutive goalless draw – having earned that result against Crystal Palace last time out – Camarasa found the top corner for his third goal of the season.

What does it mean? Cardiff showing fight

For the second straight game, Cardiff were second best but showed impressive desire to gain a positive result. Etheridge was superb, Bamba continues to lead an improving back-line, and Camarasa produced a moment of Premier League quality as they won on the road for the first time this season. The visitors increased their advantage over the bottom three to four points, while Leicester slip to eighth – though a closely contested mid-table area means there is only three points between them and Brighton and Hove Albion in 13th.

The penalty save was obviously a vital moment, but Etheridge was fantastic for the rest of the game too – making a total of seven stops for a second consecutive clean sheet. Neil Warnock will be thrilled he is not going to the Asia Cup with the Philippines.

Vardy did not look like himself, missing his two opportunities and only creating one other for his team-mates before coming off with 22 minutes left. However, some fans did query why their main goal threat – who had scored three in his last five league games – was replaced with the match delicately poised. Maddison may have missed a poor penalty, but he was Leicester’s chief threat throughout the contest.

It does not get any easier for Cardiff, who host Tottenham on New Year’s Day, which is when Leicester are away to Everton in a match where both teams will be looking to bounce back from a defeat.