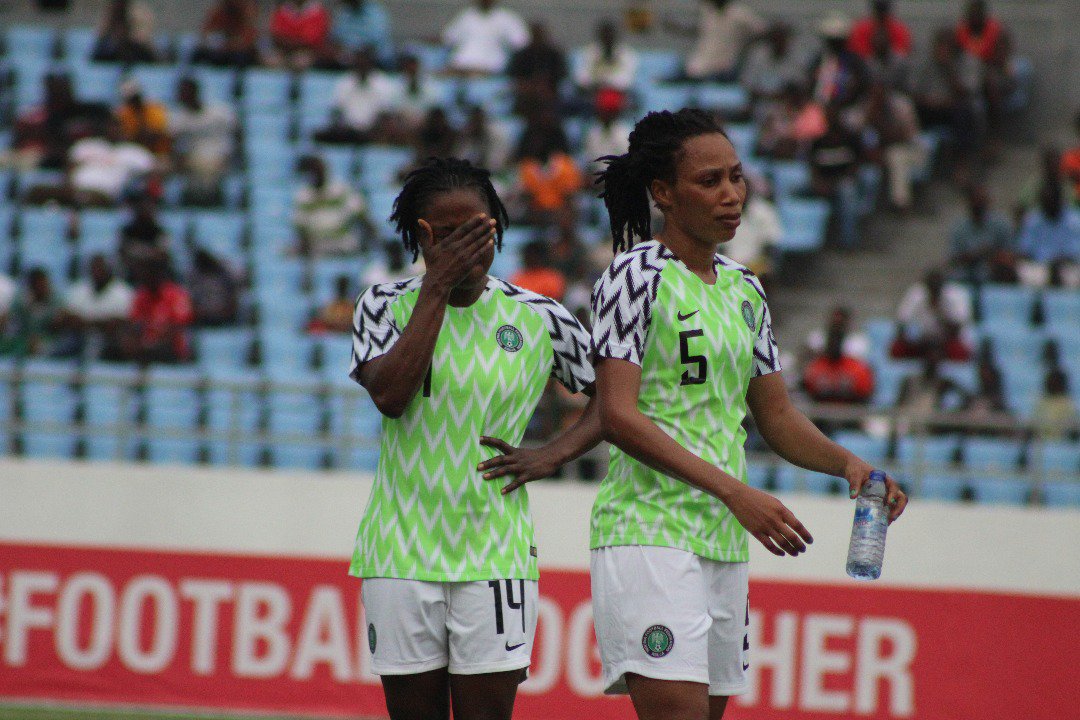 Head Coach Thomas Dennerby has expressed belief in the Super Falcons to assume the mien of true champions and overpower Zambia and Equatorial Guinea to reach the semi finals of the ongoing 11th Women Africa Cup of Nations finals in Ghana.

Eight –time champions Nigeria suffered a shock reverse when losing 0-1 to South Africa in Cape Coast on Sunday, meaning they must win their two remaining Group B encounters to be sure of a place in the tournament last four.

“We have ruminated over the defeat and everyone is focused on what we have to do to get to the next stage. It will not be easy but the players have expressed determination to win every match from this stage so that we can progress and pick a ticket to the FIFA World Cup, as a first objective. We are the champions and we have to show that spirit from the next match against the Zambians.”

Zambians pole-axed Equatorial Guinea, restored to the time –table few days to the tournament after the CAF Appeal Board overturned an earlier ruling of the Disciplinary Committee, 5-1 in the other match of Group B.

The Super Falcons have never failed to qualify for the FIFA World Cup, since FIFA launched the global finals in 1991.

Official confirmed on Monday that players and team officials have now been paid their daily allowances for the camping programme in Abidjan, Cote d’Ivoire prior to the tournament, while money is being sourced to offset the allowances for camping in Epe, Lagos State. Defeat by South Africa means the Falcons are not entitled to any match bonus yet in Ghana.