Who are the Best Players in the History of Manchester United? 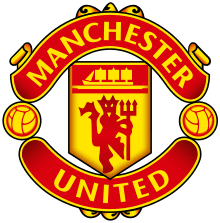 Manchester United Football Club is a professional football club based in Old Trafford, Greater Manchester, England, that competes in the Premier League, the top flight of English football. Nicknamed “the Red Devils”, the club was founded as Newton Heath LYR Football Club in 1878, changed its name to Manchester United in 1902 and moved to its current stadium, Old Trafford, in 1910.

Manchester United have won more trophies than any other club in English football, with a record 20 League titles, 12 FA Cups, 5 League Cups and a record 21 FA Community Shields. United have also won three UEFA Champions Leagues, one UEFA Europa League, one UEFA Cup Winners’ Cup, one UEFA Super Cup, one Intercontinental Cup and one FIFA Club World Cup. In 1998–99, the club became the first in the history of English football to achieve the treble of the Premier League, the FA Cup and the UEFA Champions League. By winning the UEFA Europa League in 2016–17, they became one of five clubs to have won all three main UEFA club competitions, and the only English club to have won every ongoing top-flight honour available to them.

Let’s not waste any more time. Here are the 10 best players in Manchester United history.

Paul Scholes
Kicking off the countdown at No. 10 is United’s legendary midfielder Paul Scholes. Scholesy makes the cut primarily because of three factors: consistency, goal-scoring out of the midfield and the fact that he is a proven winner. In a game where players are plagued by injury year-in and year-out, Scholes made 25 or more appearances for United in 17 consecutive seasons. If that doesn’t scream consistency, I don’t know what does. Scholes won 22 trophies in his illustrious career at Old Trafford, including 10 Premier League titles.

Wayne Rooney
At No. 9 is none other than Wazza. Although he currently sits at No. 9, Rooney will surely end up higher on the list when he retires from football. In 327 appearances for United, Rooney has bagged 155 goals. Rooney is ninth on United’s all-time scoring list at the moment, but he’s within striking distance of Ryan Giggs (159), Mark Hughes (163) and Joe Spence (168). If Rooney’s goal-scoring form continues, he will surely catch Giggs, Hughes and Spence this season and may eventually dethrone Sir Bobby Charlton (249) as the Red Devils’ top scorer of all-time.

Peter Schmeichel
Arguably the greatest goalkeeper of all-time, former Danish international Peter Schmeichel is No. 8 on the list. Schmeichel made 398 appearances for United (1991-99) and even netted one goal for the Red Devils. Amongst many other accomplishments, Schmeichel was recognized as one of the top 10 goalkeepers of the 20th century by the International Federation of Football History & Statistics (IFFHS) in 2000.

Roy Keane
No. 7 is former Republic of Ireland star Roy Keane. Keane made 480 appearances in the Red Devils midfield from 1993-2006, tallying 50 goals. The midfielder is also renown for taking the armband from Eric Cantona following the Frenchman’s abrupt retirement.

At No. 6 is the ever-so-popular midfielder Ryan Giggs. Giggsy is currently eighth on United’s all-time scoring list with 159 goals and has made a club record 879 appearances. He made his debut for the Red Devils back in 1990 and hasn’t stopped tearing apart defences ever since. Earlier this year, Giggs was named United’s greatest player ever in a worldwide poll conducted by ManUtd.com, the club’s official website.

Denis Law
Former Scotland striker Denis Law is No. 5 on the list. Law spent over a decade with the Red Devils (1962-1973). In that time, he 171 goals in 309 appearances for the club. Law is the epitome of a “living legend.” Law is depicted on the “United Trinity” statue outside of Old Trafford alongside legends Sir Bobby Charlton and George Best.