The 15 most expensive goalkeepers ever 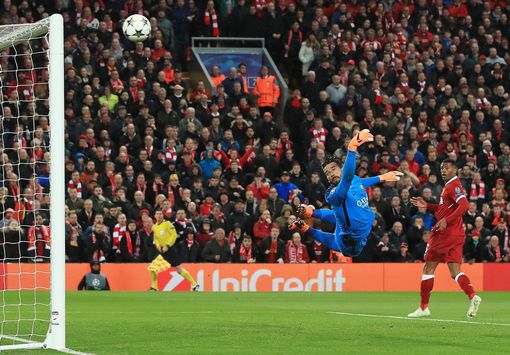 Liverpool have really treated themselves this transfer window having broken the world record fee for a goalkeeper on Alisson. The Brazilian stopper has been brought in from Roma for £66.8m, nearly doubling the previous record for a transfer fee spent on a goalkeeper. With Alisson’s arrival in the Premier League, the English top flight now boasts six of the 10 most expensive keepers of all time.
Taking into account the exchange rates at the times of the transfers, here are the 15 most expensive goalkeepers ever…
15. Ivan Pelizzoli – £10.6m Atalanta to Roma in 2001 Remember Ivan Pelizzoli?
14. Jan Oblak – £12.6m Benfica to Atletico Madrid in 2014 Jan Oblak has become one of the world’s most sought after stoppers

6. Bernd Leno – £19.2m Bayer Leverkusen to Arsenal in 2018 Bernd Leno is set to replace Petr Cech at Arsenal
5. Alex Meret – £19.6m Udinese to Napoli in 2018 Alex Meret is one of the brightest young keepers in the game
4. Jordan Pickford – £25m Sunderland to Everton in 2017 Jordan Pickford proved his worth at the World Cup