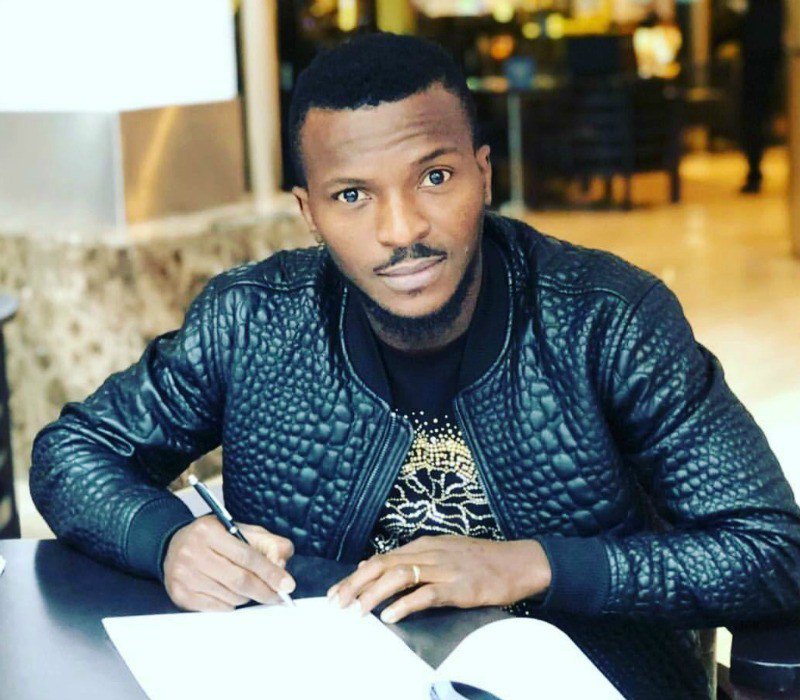 Nigeria forward, Kayode Olanrewaju, has been handed a new jersey number (8) by Ukrainian club Shakhtar Donetsk ahead of the new season. Kayode, 25, wore number 88 during his loan spell with the Ukrainian champions last season. The Miners according to a report on their official website submitted their squad list for the 2018/2019 Ukrainian domestic competitions with his name on the roaster with new number. The forward penned a five-year contract with Paulo Fonseca’s men in May after initially arriving on loan from English Premier Champions, Manchester City. Kayode made eight appearances for the club in all competitions last season and recorded three goals and one assist. He also won the league title and the Ukrainian Cup with the club.

Nigeria striker Kayode Olanrewaju reaped the fruits of his potency, scoring 17 goals in an Austrian season when Manchester City signed Nigerian striker Olanrewaju Kayode from Austria Vienna and immediately loaned him out to Girona. With a total of 37 goals in 85 matches in the Austrian Bundesliga, Kayode was previously linked with Newcastle. The 24-year-old became the fifth City player to join the Spanish club on a temporary deal for the coming season following Pablo Maffeo, Aleix Garcia, Marlos Moreno and £10million summer signing Douglas Luiz.

Kayode started his career with Ibadan-based Marvelous FC, from where he moved to Ghana to join Red Bull FC. It was from Ghana that he was recommended to Nigeria Under-17 coach John Obuh, went for tryouts, and was picked for the World Cup squad. Prior to all of that, he was trained by one of the country’s top youth coaches and spotters of talent, simply called Zico.

Olanrewaju was a member of the Nigeria Under-17 class of 2009, which finished as runners-up to Switzerland at the World Cup in Nigeria. Although he played in every single game, he never lasted a full match and failed to score a single goal. Some of his contemporaries in that side were Ogenyi Onazi, Kenneth Omeruo and Ramon Azeez. International stars who played include Alvaro Morata, Shkodran Mustafi, Mario Gotze, Granit Xhaka, Isco and one Neymar … who managed to score a grand total of one goal. On 3 May 2010 earned his first call-up for the Nigeria national under-20 football team for the Qualifiers to the African Youth Championship in Libya. He was called on 12 April 2011 for the 2011 African Youth Championship in South Africa. ‘Larry’ also played at two further FIFA cadet tournaments – the Under-20 World Cups in 2011 and 2013, scoring a combined total of five goals. Three of those came in Colombia in 2011, where he scored in consecutive group phase games.

It has been a gruelling road for Olanrewaju, who had to overcome numerous roadblocks as he clawed his way up. Kayode, who was born in Ibadan in May, 1993, began his career with Red Bull Ghana and signed in February 2010 for ASEC Mimosas. After a few days he left ASEC Mimosas only to return to his club on 20 May 2010.  On 2 February 2012 Kayode left ASEC Mimosas joining Swiss club FC Luzern on loan until 30 November 2012. In March 2013 he trained with Dinamo Minsk. On 12 September 2013, Kayode signed a one-year contract with Israeli club Maccabi Netanya. After another successful season with Maccabi Netanya, netting 13 goals and 6 assists, Kayode signed a four-year deal with FK Austria Wien.
On 2 August 2015, Kayode scored on his FK Austria Wien debut against SC Rheindorf Altach. Loaned out to ASEC Mimosas by Red Bull, he had trouble settling at the club and was eventually forced to go back home, where he was registered with Heartland before he could make his move to Israeli second division club Maccabi Nentaya. During his time in Israel he was managed by Emeka Ezeala, who used to work with former Germany coach Berti Vogts when the latter coached Nigeria. Kayode made his debut for the senior Nigeria national football team in a friendly 1-1 tie with Nigeria on 23 March 2017.

Olanrewaju is a quick striker who can play centrally, but he is equally well-equipped to operate as a wide forward. Former teammate and Birmingham-bound midfielder Ogenyi Onazi says the striker has always been ready to take in as much knowledge as possible. “He is a person who always wants to learn and join in everything,” Onazi commented.
Onazi says even in their cadet days, the potential was there: “He was fast then, but the issue was his finishing. Now he has played under good coaches and learned how to finish, he will be deadly.” A bold statement to make, but sources close to the player’s camp told KweséESPN that Pep Guardiola watched films of the youngster for two months before making a decision on him. If true, that tells its own story and a good one too.