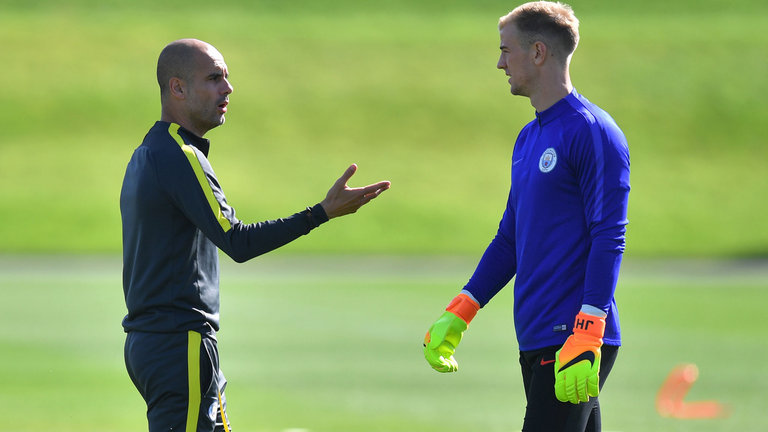 Manchester City boss Pep Guardiola has praised the professionalism of Joe Hart and says that the goalkeeper will start the pre-season friendly with Borussia Dortmund. Hart has returned to City after a mixed loan period with West Ham United, but the England international is expected to leave the Etihad Stadium before the end of the transfer window. However, Guardiola has suggested that he will reward Hart for his conduct since his return by including him in the club’s first fixture of the summer.
The Spaniard is quoted by The Mirror as saying: “Joe is our player. In his situation, he’s here and we will try to find a solution, which is best for him and if not he’ll stay here.
“He’s one of the most incredible professionals, I’ve ever met. He’s training like a young guy of 18 years old. I know it is not easy for him what happened in the last period, but he’s with us and tomorrow he’s going to play. He is with us.”
Hart has not made a competitive appearance for City since the Champions League fixture with Steaua Bucuresti in August 2016.