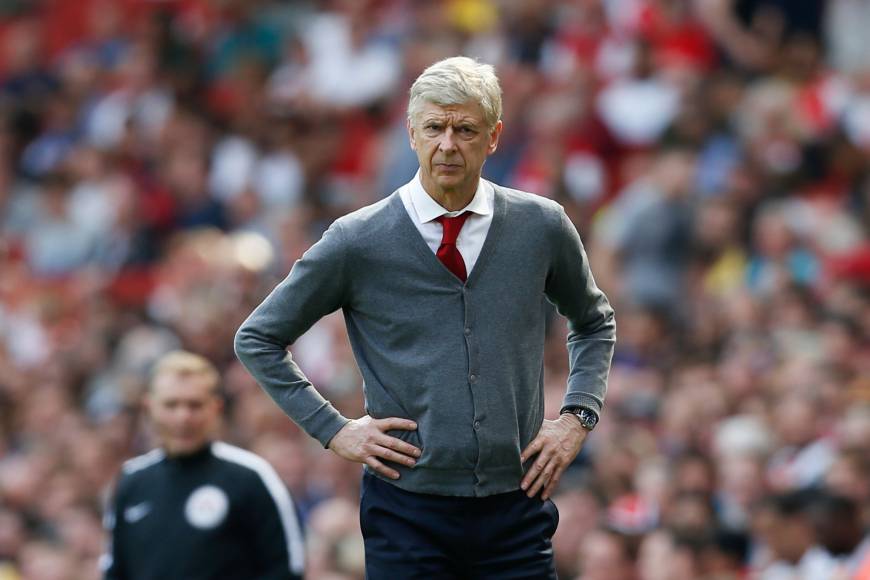 Former Arsenal boss Arsene Wenger has reportedly emerged as a managerial target for the Japanese football association. Wenger is out of work after ending his 22-year spell with the Gunners earlier this year, but the Frenchman has indicated that he wants to eventually secure another role in the sport. According to the Daily Mail, Wenger will be offered the opportunity to become the new coach of Japan, with Akira Nishino set to leave the role at the end of the month. Nishino has just helped Japan reach the last 16 of the World Cup after being brought in to replace Vahid Halilhodzic, but the nation’s governing body is keen to make a long-term appointment.

The former Arsenal manager had been linked with Real Madrid and Paris Saint-Germain but Madrid is now out of the equation after the appointment of Julen Lopetegui while Wenger would be a director football at PSG rather than in management. Several clubs in China are keen on the former Arsenal manager Wenger – indeed he rejected an offer of around £30million two years ago to move there and opted to stay at Arsenal. He has been in Russia for the past month for the World Cup, working as a pundit on French TV and attending games as a VIP guest of FIFA.

Now Japan want to bring Wenger back to the country where he worked with considerable success in the mid-1990s at Nagoya Grampus Eight. Wenger is highly respected and regarded in Japan and he has always spoken of how he enjoyed his life there. And the hierarchy at the Japanese FA now want to bring him back to take over the national team. Japan have also considered appointing former Germany boss Jurgen Klinsmann, but Wenger is their preferred choice. The Frenchman knows the language and culture having briefly taken charge of Nagota Grampus Eight in 1995 before moving to Arsenal.

If Arsenal fans were none too excited about the arrival of Arsene Wenger in 1996, the same could be said of Nagoya Grampus supporters in January 1995. The Frenchman succeeded Bruce Rioch in north London, and followed another ex-Wigan Athletic boss in Gordon Milne to his new post in central Japan. Milne – once signed by Bill Shankly for Liverpool – had excellent overseas experience after leading Besiktas to three Turkish league titles, but struggled in Nagoya. The 1994 season ended with the team finishing bottom-but-one of the overall standings in a league that was split into two sections, with the winners of each playing off for the title.

After a similar story in the first J.League season of 1993, expectations were not high as 1995 dawned – and the identity of the new coach did little to excite. “No one trusted Wenger at first,” said defender Tetsuo Nakanishi. “They all said ‘here comes another foreigner’.”
Wenger had been fired by Monaco in September 1994 – a team he’d led to the French title in 1988 – after a poor start to the season. Only months earlier they’d reached the semi-finals of the Champions League, losing out to eventual winners Milan, who hammered Barcelona 4-0 in the final. Wenger was ready for a new challenge and Nagoya, whose big-money outlay on Gary Lineker and Dragan Stojkovic had not brought expected results, needed something new too.

The club had started life as Toyota’s company team before becoming fully professional with the new J.League in 1993, and their officials had heard the Frenchman speak at a 1994 conference. They were impressed. Negotiations soon started, and Wenger headed to the industrial city to take in a game late in the 1994 season – Lineker’s last ever professional appearance.

Wenger has always said his preference is for club football. But the opportunities in Europe are limited and China would appear to be the most likely destination at club level. However, Wenger’s affection for Japan could persuade him to make his venture into the international arena.