Arsenal: The compelling story of an amazing club 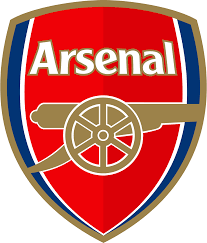 Arsenal was the first club from the South of England to join The Football League, in 1893, and they reached the First Division in 1904. Relegated only once, in 1913, they continue the longest streak in the top division,and have won the second-most top-flight matches in English football history. In the 1930s, Arsenal won five League Championships and two FA Cups, and another FA Cup and two Championships after the war. In 1970–71, they won their first League and FA Cup Double. Between 1989 and 2005, they won five League titles and five FA Cups, including two more Doubles. They completed the 20th century with the highest average league position.

Herbert Chapman won Arsenal’s first national trophies, but died prematurely. He helped introduce the WM formation, floodlights, and shirt numbers, and added the white sleeves and brighter red to Arsenal’s kit. Arsène Wenger was the longest-serving manager and won the most trophies. He won a record 7 FA Cups, and his title-winning team set an English record for the longest top-flight unbeaten league run at 49 games between 2003 and 2004, receiving the nickname The Invincibles, and a special gold Premier League trophy.

In 1886, Woolwich munitions workers founded the club as Dial Square. In 1913, the club crossed the city to Arsenal Stadium in Highbury, becoming close neighbours of Tottenham Hotspur, and creating the North London derby. In 2006, they moved to the nearby Emirates Stadium. In terms of revenue, Arsenal was the sixth highest-earning football club in the world, earned €487.6m in 2016–17 season.Based on social media activity from 2014–15, Arsenal’s fanbase is the fifth largest in the world. In 2018, Forbes estimated the club was the third most valuable in England, with the club being worth $2.24 billion.

Before joining the Football League, Arsenal played briefly on Plumstead Common, then at the Manor Ground in Plumstead, then spent three years between 1890 and 1893 at the nearby Invicta Ground. Upon joining the Football League in 1893, the club returned to the Manor Ground and installed stands and terracing, upgrading it from just a field. Arsenal continued to play their home games there for the next twenty years (with two exceptions in the 1894–95 season), until the move to north London in 1913.

Widely referred to as Highbury, Arsenal Stadium was the club’s home from September 1913 until May 2006. The original stadium was designed by the renowned football architect Archibald Leitch, and had a design common to many football grounds in the UK at the time, with a single covered stand and three open-air banks of terracing. The entire stadium was given a massive overhaul in the 1930s: new Art Deco West and East stands were constructed, opening in 1932 and 1936 respectively, and a roof was added to the North Bank terrace, which was bombed during the Second World War and not restored until 1954.

Highbury could hold more than 60,000 spectators at its peak, and had a capacity of 57,000 until the early 1990s. The Taylor Report and Premier League regulations obliged Arsenal to convert Highbury to an all-seater stadium in time for the 1993–94 season, thus reducing the capacity to 38,419 seated spectators. This capacity had to be reduced further during Champions League matches to accommodate additional advertising boards, so much so that for two seasons, from 1998 to 2000, Arsenal played Champions League home matches at Wembley, which could house more than 70,000 spectators.

A grandstand at a sports stadium. The seats are predominantly red.
The North Bank Stand, Arsenal Stadium, Highbury
Expansion of Highbury was restricted because the East Stand had been designated as a Grade II listed building and the other three stands were close to residential properties. These limitations prevented the club from maximising matchday revenue during the 1990s and first decade of the 21st century, putting them in danger of being left behind in the football boom of that time.[107] After considering various options, in 2000 Arsenal proposed building a new 60,361-capacity stadium at Ashburton Grove, since named the Emirates Stadium, about 500 metres south-west of Highbury. The project was initially delayed by red tape and rising costs, and construction was completed in July 2006, in time for the start of the 2006–07 season. The stadium was named after its sponsors, the airline company Emirates, with whom the club signed the largest sponsorship deal in English football history, worth around £100 million. Some fans referred to the ground as Ashburton Grove, or the Grove, as they did not agree with corporate sponsorship of stadium names.[112] The stadium will be officially known as Emirates Stadium until at least 2028, and the airline will be the club’s shirt sponsor until at least 2024. From the start of the 2010–11 season on, the stands of the stadium have been officially known as North Bank, East Stand, West Stand and Clock end.[115]

Arsenal’s players train at the Shenley Training Centre in Hertfordshire, a purpose-built facility which opened in 1999. Before that the club used facilities on a nearby site owned by the University College of London Students’ Union. Until 1961 they had trained at Highbury. Arsenal’s Academy under-18 teams play their home matches at Shenley, while the reserves play their games at Meadow Park,[118] which is also the home of Boreham Wood F.C. Both the Academy under-18 & the reserves occasionally play their big games at the Emirates in front of a crowd reduced to only the lower west stand.

The largest shareholder on the Arsenal board is American sports tycoon Stan Kroenke. Kroenke first launched a bid for the club in April 2007, and faced competition for shares from Red and White Securities, which acquired its first shares off David Dein in August 2007. Red & White Securities was co-owned by Russian billionaire Alisher Usmanov and Iranian London-based financier Farhad Moshiri, though Usmanov bought Moshiri’s stake in 2016. Kroenke came close to the 30% takeover threshold in November 2009, when he increased his holding to 18,594 shares (29.9%). In April 2011, Kroenke achieved a full takeover by purchasing the shareholdings of Nina Bracewell-Smith and Danny Fiszman, taking his shareholding to 62.89%. As of May 2017, Kroenke owns 41,721 shares (67.05%) and Red & White Securities own 18,695 shares (30.04%). Ivan Gazidis has been the club’s Chief Executive since 2009.

Arsenal’s parent company, Arsenal Holdings plc, operates as a non-quoted public limited company, whose ownership is considerably different from that of other football clubs. Only 62,219 shares in Arsenal have been issued, and they are not traded on a public exchange such as the FTSE or AIM; instead, they are traded relatively infrequently on the ICAP Securities and Derivatives Exchange, a specialist market. On 29 May 2017, a single share in Arsenal had a mid price of £18,000, which sets the club’s market capitalisation value at approximately £1,119.9m. Most football clubs aren’t listed on an exchange, which makes direct comparisons of their values difficult. Consultants Brand Finance valued the club’s brand and intangible assets at $703m in 2015, and consider Arsenal an AAA global brand. Business magazine Forbes valued Arsenal as a whole at $2.238 billion (£1.69 billion) in 2018, ranked third in English football.[10] Research by the Henley Business School also ranked Arsenal second in English football, modelling the club’s value at £1.118 billion in 2015.

#Repost @unaiemery_ ・・・ Nice to meet some of the people who help to make @arsenal such a great club. #together

Arsenal’s financial results for the 2014–15 season show group revenue of £344.5m, with a profit before tax of £24.7m. The footballing core of the business showed a revenue of £329.3m. The Deloitte Football Money League is a publication that homogenizes and compares clubs’ annual revenue. They put Arsenal’s footballing revenue at £331.3m (€435.5m), ranking Arsenal seventh among world football clubs.Arsenal and Deloitte both list the match day revenue generated by the Emirates Stadium as £100.4m, more than any other football stadium in the world.