Some Unknown facts about the FIFA World Cup 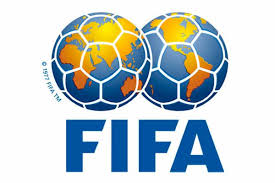 The World Cup is the most important international soccer tournament and winning this trophy is a source of huge pride for any country. The tournament has a long history and was first disputed in 1930, where only 13, mostly South-American teams participated. As the years went on, the tournament grew, Brazil has the most titles, Germany have lost the most finals and Uruguay was the first winner of the competition. Check out these and other facts about the World Cup!

The first World Cup took place in Montevideo, Uruguay in 1930. The competition was created by the Frenchmen Jules Rimet who, inspired by the success of the Olympic Games, had the idea of bringing nations together through soccer. Just 13 national teams participated on that occasion, with just four European countries crossing the Atlantic by boat to compete in the tournament: Belgium, France and Romania and Yugoslavia. The other participants were: Peru, USA, Paraguay, Chile, Mexico, Argentina, Brazil, Bolivia and Uruguay. The hosts Uruguay were the winners, defeating Argentina 4-2.

Due to the Second World War, the tournament didn’t take place in 1942 and 1946. The Olympics were also suspended for this time.

The fastest goal of the competition was in 2002 and took just 11 seconds to be scored. Former Turkish international player, Hakan Sukur, scored in the 3rd/4th place playoff between Turkey and South Korea. Turkey ended up winning the game 3-2.

The player who has played on a winning team the most times is Brazilian, Pelé, who has won three World Cups altogether, in 1958, 1962 and 1970. He is also the youngest scorer, and winner of the competition, at just 17 years old.

At the other end of the scale, retired goalkeeper Dino Zoff is the oldest player to win the competition. In the 1982 edition, won by Italy, he was 40 years old.