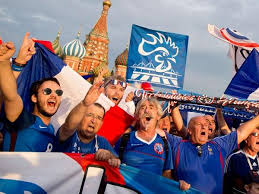 After a splendid end to the FIFA World Cup 2018 in Russia which saw France lifting their second trophy, Qatar is the next destination. With relatively smaller teams like Belgium, Croatia, and South Korea upsetting giants like Germany and England, the previous edition of the tournament was full of shocks which left thousands of fans to drop their jaws.

Come to next world cup in 2022, a couple of teams like Italy, Netherlands, Chile, and the USA, who could not qualify for Russia, would be the favorites going into the qualification stage having established and experienced players in their sides, some new teams have started showing significant improvements and might shock the fans by breaking into the tournament with stellar performances.

The 2018 edition witnessed the damage caused by so-called underdogs to the big cats of the game. Football, as a game, is extremely unpredictable and there’s no doubt that Qatar will witness quite a few upsets as well. But who are these underdogs that can create such an impact? Here are three new footballing nations that fans might get to see at FIFA World Cup 2022 in Qatar.

Qatar has never featured in a World Cup tournament. But due to the privileges of being the host country, Qatar automatically qualifies for the competition despite having no prominent background when football is considered.

Becoming the third Asian country to host the FIFA World Cup(after Japan and South Korea co-hosted the World Cup in 2002), Qatar will have a lot of eyes on them being the most inexperienced squad of all teams. But one thing which fans should never underestimate is the thirst and determination of small nations who will give their all to make a presence and cement their position at the global stage.

Sebastián Soria is the top goal scorer with 40 goals in 123 matches and will be the frontman of the team taking them as far in the tournament as possible.

There’s no denying that the Chinese have started taking football a lot more seriously than before. Big money spent on Chinese Super League has lured a plethora of extremely skillful players like Oscar, Didier Drogba among others. The rise of football in China has taken the world by storm, and it is speculated that the Chinese National Team might be the next big thing in the world of football.

Making fruitful progressions in recent years, Chinese players have been going toe to toe with their superior counterparts from all around the world in the domestic leagues. Come qualification for the World Cup in 2022 the team might be the dark horses going into the tournament, and fans will be eager to see the hard work and dedication finally paying off for good.

Due to political disturbances in Spain leading to a new nation called Catalonia, one of the best footballing sides might have to break into two. With players like Gerard Pique, Cesc Fabregas, and Xavi showing interest in joining the Catalonian side once the country becomes independent, a new team will be ready to take over the football world.

FIFA and UEFA do not recognize the Catalonia Team as yet, and therefore they are unable to play in major tournaments. However, if the nation is eventually granted independence from Spain, that will change. A lot of the Spanish pros, who are Catalans, may also switch their allegiances.

Spain has already made a mark on the world stage, and it won’t take long for the Catalans to show their dominance on the field, let alone qualify for the World Cup in 2022