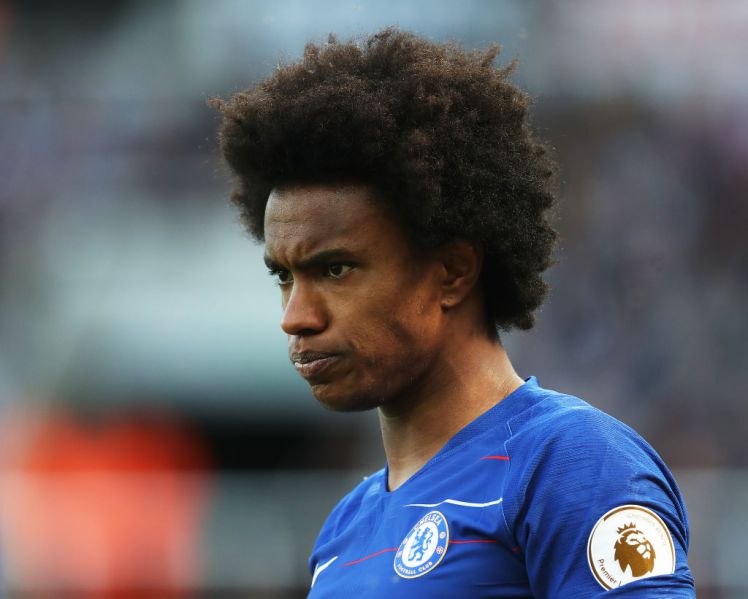 Midfielder Willian has reportedly maintained his stance regarding an exit from Chelsea this summer. Willian has enjoyed a successful five-year spell with the Blues but the Brazilian found himself in and out of the team under Antonio Conte last season. Maurizio Sarri has since replaced Conte but the appointment of the former Napoli boss appears to have done little to convince Willian of remaining at Stamford Bridge and he has told the board that he would still like to secure a move away before the end of the summer transfer window.

The news will likely be well received by both Barcelona and Manchester United, who have been heavily linked with a move for the 29-year-old since before the start of the World Cup. Both Manchester United and Barcelona have been heavily linked with an approach for the 29-year-old, who is yet to start pre-season training due to representing his country at the World Cup.

Willian extensively discussed a move to Barca with Philippe Coutinho during the World Cup in Russia this summer. Coutinho quit Liverpool in January to complete a £142m move to the Nou Camp. Willian could be followed out of the Chelsea exit by Eden Hazard and Thibaut Courtois.

According to Transfermarketweb, Chelsea is willing to listen to offers for Willian. The report claims that they’ve slapped an asking price of €60m (£53m) on the 29-year-old. United are no strangers to dealing with Chelsea in the transfer market, having signed Juan Mata and Nemanja Matic from the Blues in recent years.
But despite rumours of Willian’s imminent departure, the winger could be set to stay put after all. Maurizio Sarri was confirmed as their new manager last week, replacing Antonio Conte, who endured a disappointing season in charge last term. And Transfermarketweb claim that Sarri may have ambitions of utilising Willian for the coming season.
The Italian generally employs a system using wingers and with Eden Hazard strongly linked with a switch to Real Madrid, Willian could be crucial to his plans.

Chelsea could see two of their main attacking stars leave soon with Willian and Eden Hazard wanted elsewhere. Wayne Bridge, who played 87 Premier League games for the Blues, believes selling either star would be a disastrous decision.
He exclusively told Starsport: “The two players I wouldn’t let go is Willian and Hazard. Those two are brilliant and how Willian didn’t play more games is beyond me. If he goes and Hazard does, Chelsea would need to buy a whole new squad. You’d need to replace them with world-class stars and that will cost a lot of money.”

Willian played a key role as Chelsea won the Premier League in 2014/15 under Jose Mourinho and the Portuguese would welcome a reunion at Old Trafford. Meanwhile, Barcelona is looking to bounce back from a disappointing Champions League campaign and want to provide competition for Lionel Messi, Luis Suarez and Philippe Coutinho.