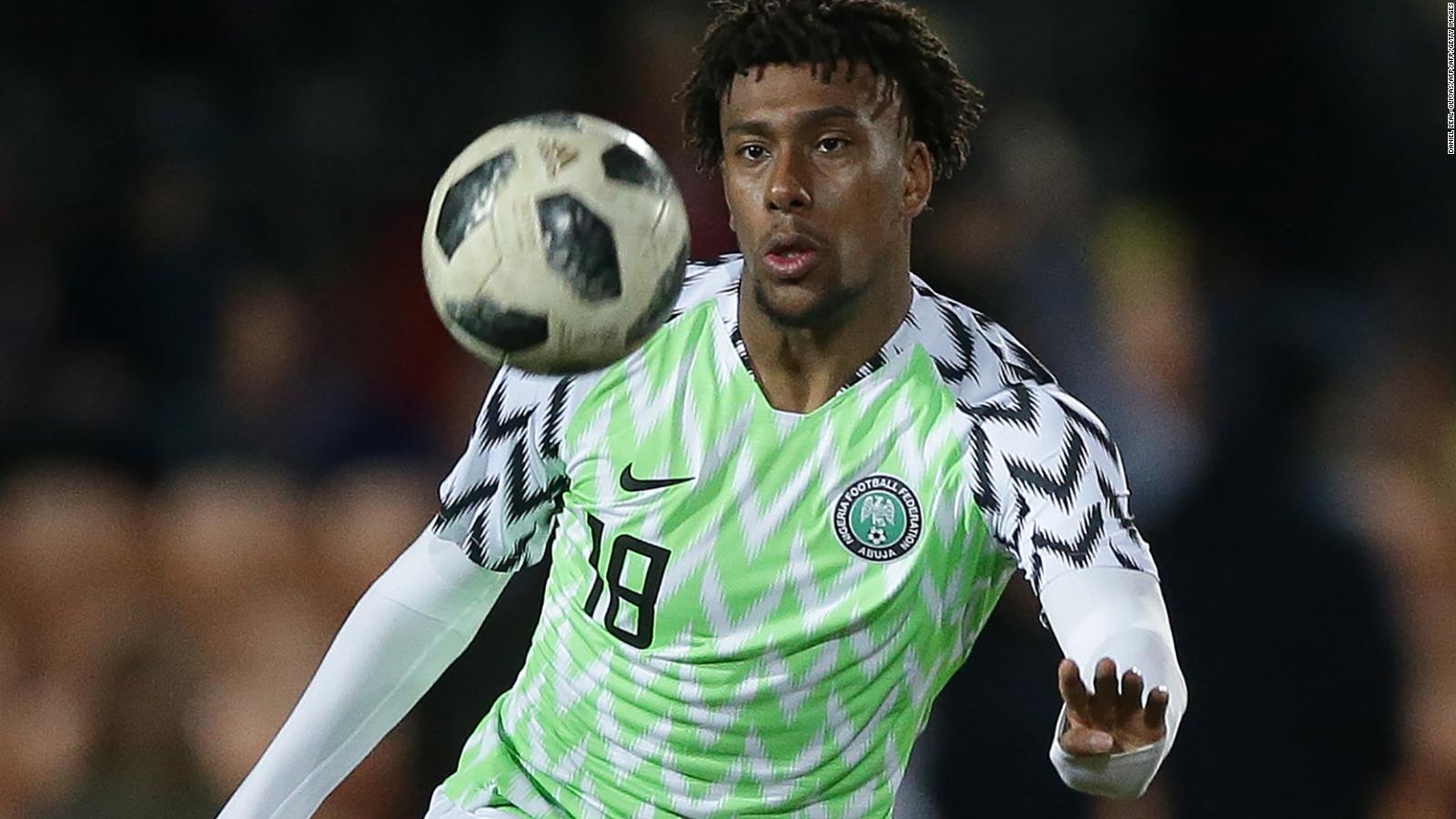 Leading entertainment company, MultiChoice Nigeria, has signed on Nigeria World Cup and Arsenal wonder boy, Alex Iwobi, as its latest DStv brand ambassador. This announcement was made during an autograph signing event with the striker at the MultiChoice head office in Lagos, Nigeria on Tuesday.

Managing Director, MultiChoice Nigeria, John Ugbe said the company is excited to have Iwobi on board as lovers of football get ready for the new season.“We are pleased that we are bringing the excitement of the new football season even closer to our customers. Iwobi’s energy and the passion he displays on the pitch is what endears him to fans across the world and as such, makes him a good fit for our brand,” Ugbe said. He further said that the endorsement is a way the company is showcasing and rewarding African and Nigerian talent in football.

Alex Iwobi’s Commercial Agent, Frederik Obasi responded: “It’s been a pleasure putting this exciting partnership together with MultiChoice. They have demonstrated their commitment to empowering the new generation of African talent. DStv is a huge platform, which gives Iwobi exposure not just in Nigeria, but the whole of Africa too and we are looking forward to this long-term partnership.” Iwobi will be the new face of DStv Compact, a value for money package that showcases the best football leagues in the world and general entertainment content at the most affordable price.

Alex Iwobi comes from a well to do family and has dual citizenship of Nigeria and England. He has employed Base Soccer Agency Ltd as his manager. His uncle, Jay Jay Okocha, has been his mentor from his childhood and continues to guide him in his professional football career. He is close to his parents who have taught him to value his original roots. He still lives with his parents who help him invest his earnings from football. Though they are well to do financially, they live a simple and humble lifestyle.

Speaking on his latest brand endorsement, Iwobi, who plays for Premier League Club, Arsenal and the Nigeria national team said, “It’s an honour to be an Ambassador for DStv. Their passion for promoting sports is unrivalled across Africa. It has shown over the years that it is committed to bringing the highest quality of sporting programmes and entertainment to millions of Africans. I’m looking forward to the launch of our first project and the many more to come in the future. I’m thankful to everyone who has made this possible and excited to be part of the DStv family.”

This deal comes on the heel of an endorsement deal as the brand Ambassador for LG Electronics a few months ago. Iwobi was born on May 3, 1996, in Lagos, Nigeria but he and his family relocated to Turkey when he was two years old. Two years later they moved to England to stay with Jay Jay Okocha. Alex was brought up in an east London estate near Bolton Wanders from where he did his schooling. He became good friends with Tyrell Robinson, with whom he started playing football in the neighbourhood of his home. Both boys went on to become professional footballers. Alex joined Arsenal at the age of eight when he was still in primary school.

During his initial days with the club, he had a difficult time juggling with the pressures of his studies and sports. He made his first appearance in a League Cup as a substitute against West Bromwich Albion at the age of 17 and signed a long-term contract with the club by the time he was 19 years old. He was a regular playing member of the Arsenal squad in the 2016 – 2017 FA Cup where they won Chelsea in the finals by two goals to one. He was also part of the team that won the Community Shield.

He made his debut for the Nigerian Super Eagles senior football squad in a friendly match against DR Congo in 2015. He was also part of the Nigerian 35 member squad for the 2016 Summer Olympics but had to pull out before the final squad was announced due to injury.
In 2017, he scored a goal for his home country against Zambia that helped them qualify for the 2018 FIFA World Cup in Russia and went in to feature at the World Cup. Iwobi has gained a reputation of being a valuable striker as well as an all-rounder who is capable of playing in any position when required.

He has a large following of fans in his home country as well as around the globe who appreciate his skill with the ball. He is still in the prime of his youth and has the potential to display a lot of good football in the days to come.
Iwobi was awarded the Young Player of the Year by the Confederation of African Football in 2016. He was also listed as a member of the Confederation of African Football Team of the Year in 2016.