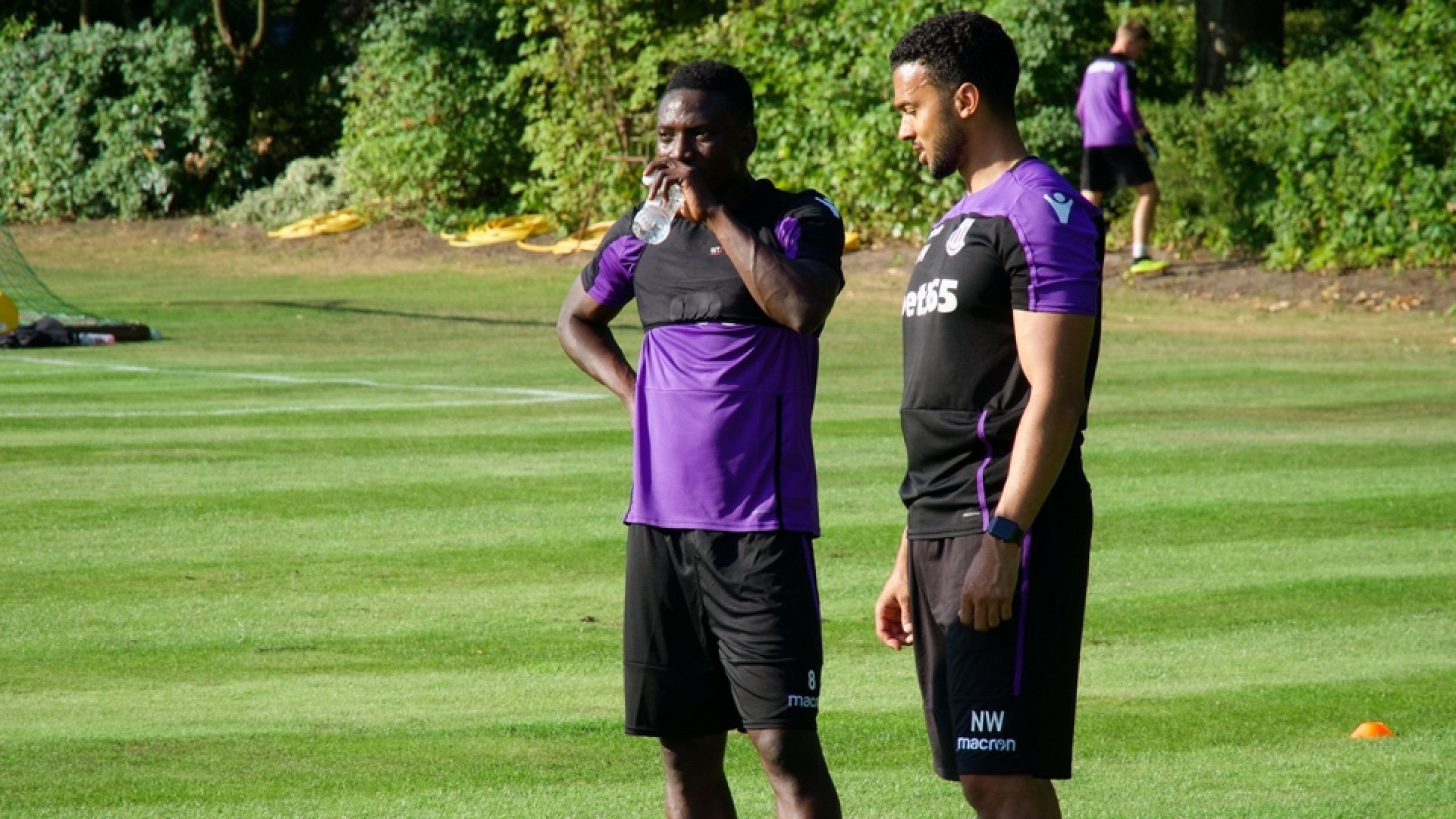 Nigerian international midfielder Oghenekaro Etebo made his debut for EFL Championship club Stoke City on Wednesday.
Super Eagles midfielder, Oghenekaro Etebo, who joined the Potters from Portuguese club CD Feirense last month, made his first appearance in a 2-0 defeat to German Bundesliga 2 side VFL Bochum in a pre-season friendly at the OB1 Arena. The versatile midfielder trained with the Potters for only two days before his maiden appearance, having arrived in Germany with the team on Monday, July 16. Etebo did not get a role in the starting lineup but was among the eight players that entered into the fray in the 70th minute. Etebo came off the bench to replace Joe Allen in midfield with just under 20 minutes of the match remaining.

Vitaly Janelt scored both goals for Bochum in the game, first breaking the deadlock in the 24th minute, before adding a second just before the interval. The Super Eagles World Cup star came close to reducing the deficit for Stoke five minutes from time when he fired in a trademark shot from distance that fizzed just wide of the target. In their next friendlies on German soil, Gary Rowett’s side will face Meppen and Hamburg before returning to England. Barring injury, Etebo is in line to make his competitive debut for Stoke City in their opening game of the Championship against Leeds United on August 5. Etebo has also played for Nigerian club Warri Wolves in his career and has become a key figure for the national team, appearing in all three of their group stage games at Russia 2018.

Etebo set a tournament record of the most dribbles completed in a game in 2018 FIFA World Cup group D encounter between Nigeria and Croatia, according to the stats compiled by Opta, which was later toppled by Belgian forward Eden Hazard.