Is the most valuable football team on the planet in Spain or England? 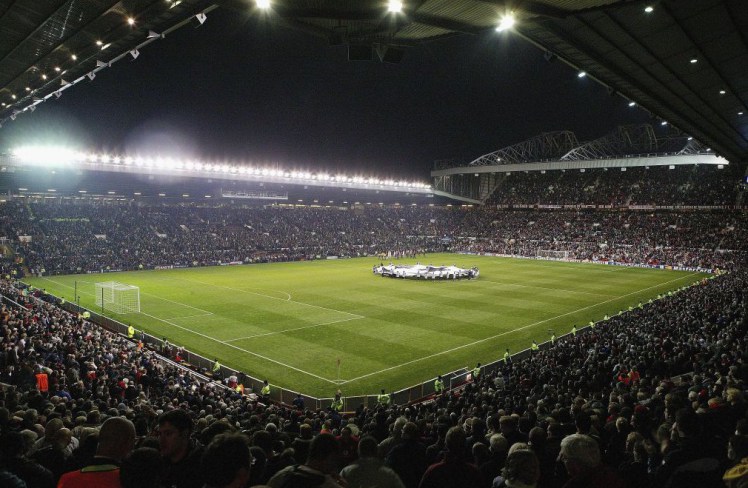 Manchester United named the second-most valuable sports team in the world at £3.16BILLION, despite not claiming a trophy last season
The Premier League club is worth an incredible £3.16billion according to the magazine, coming in ahead of rivals such as Real Madrid, Bayern Munich and Manchester City. United failed to lift a single trophy last season, finishing a distant 19 points behind neighbours City in the league, but the top brass at the club can be content in the knowledge that their brand is still thriving.

The 2017 Europa League winners are ahead of both La Liga giants Real Madrid and Barcelona in the list, who are third and fourth and valued at £3.13bn and £3.11bn respectively. Manchester United went from third to second, Real Madrid went from fifth to third, and Barcelona remained at No. 4. Bayern Munich are the only other football team outside the Premier League to make the list, sitting 12th and valued at £2.35bn. City are 30th (£1.89bn), while Arsenal (£1.71bn) are worth more than London rivals Chelsea (£1.58bn), with the pair ranked at 39th and 46th on the list.

For the third consecutive year, the Dallas Cowboys have been named the world’s most valuable sports team. According to Forbes, the Cowboys are worth $4.8 billion in 2018. Since last year’s Forbes list was published, the Cowboys have appreciated in value by $600 million. Although the Yankees fell from second to fifth on the list, they also increased their value from $3.7 billion to $4.0 billion.
Success in terms of wins and losses doesn’t necessarily have a significant impact on team valuations. During their most recent seasons, the Cowboys, Knicks, Lakers, Giants and Redskins all failed to make the playoffs. It can have some bearing, however, as the Yankees reached the American League Championship Series, the Patriots made it to the Super Bowl and the Warriors won their second consecutive NBA championship. The Cowboys aren’t the only NFL team on the rise when it comes to their overall value, as ESPN’s Darren Rovell reported Tuesday that the league experienced a 4.9 percent bump in revenue and shared $8 billion among the 32 teams.
Rounding out the top 10 in 2018 are the New England Patriots ($3.7 billion), New York Knicks ($3.6 billion), Los Angeles Lakers ($3.3 billion), New York Giants ($3.3 billion), Golden State Warriors ($3.1 billion) and Washington Redskins ($3.1 billion). After consecutive years inside the top 10, the San Francisco 49ers notably fell to 13th at $3.05 billion.

‘There has never been a better time to own a top-notch pro sports franchise,’ said Kurt Badenhausen, a senior editor at Forbes.
‘Blockbuster TV contracts and owner-friendly collective bargaining agreements are fueling record sale prices across major sports leagues.’
There were a whopping 29 NFL teams on the list, including top of tree Dallas Cowboys, who are worth a jaw-dropping £3.67bn.
US sports dominated the list, with eight NBA teams also included, and six MLB franchises.
In a sign of the difficult times facing motor racing, not one Formula One team featured in the top 50.