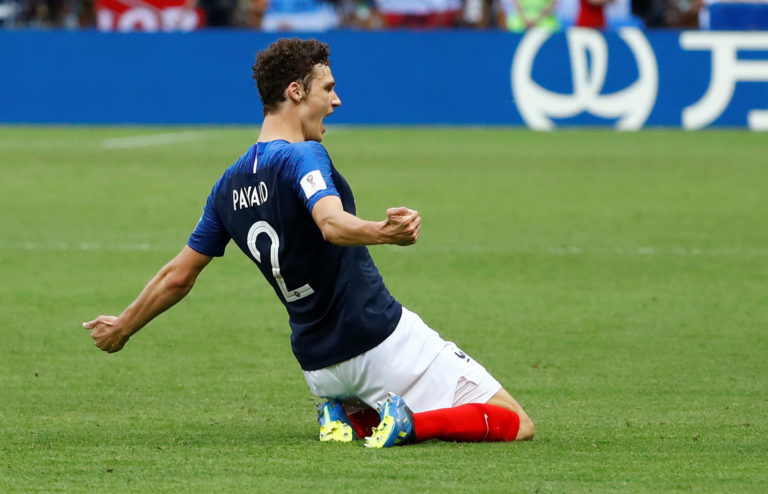 Bayern Munich have reportedly agreed to a deal to sign Stuttgart defender Benjamin Pavard. The 22-year-old has just played a key role at the World Cup with the right-back starring for France on their way to winning the Jules Rimet trophy. Stuttgart are keen to keep the player for at least one more season and while it appears that they have got their wish, the Bundesliga outfit face losing their main asset to Bayern. According to SWR Sport, Bayern have agreed a deal with Stuttgart for Pavard to complete a switch to the Allianz Arena ahead of the start of the 2019-20 campaign. The report suggests that Bayern will pay £31.2m for the versatile defender, who had a release clause in his Stuttgart contract.

Benjamin Pavard has reportedly agreed to join Bayern Munich after his incredible debut World Cup for France. Pavard was something of an unknown quantity before the tournament opener against Australia and only made his international debut in November 2017.
What’s even more incredible about his journey is that two years ago when France hosted Euro 2016, the 22-year old was watching all the action unfold in a fan park in Lille with his mates.

Benjamin Pavard two years ago, in a fan park in Lille with his friends watching France at Euro 2016.

His rise has been nothing short of meteoric and he established himself as Les Bleus’ first-choice right-back for their second World Cup win. Making the most of a slight injury to Monaco’s Djibril Sidibe, he was incredibly consistent throughout and scored a goal of the tournament contender in the thrilling round of 16 victory over Argentina.

BREAKING: According to @SWRsport , Benjamin Pavard has already signed a contract for Bayern during the World Cup in Russia, starting from 2019. However, talks are ongoing between Bayern and Stuttgart to make the move for this summer instead. pic.twitter.com/rcKG5NoMsu

Bayern, always on the hunt for blossoming Bundesliga talents, have reportedly activated the Stuttgart defender’s €35 million release clause which comes into play in the summer of 2019.
Pavard is said to have a verbal agreement to make the move but according to SWR in Germany, the Bavarians were so impressed with his displays in Russia that are discussing the possibility of him moving to the Allianz Arena this summer – even if they have to pay Stuttgart a little more money.

German reports claim Benjamin Pavard wants to sign with Bayern and the clubs are negotiating the fee ?

Bayern boss Niko Kovac was asked about the 22-year old in his press conference today but was coy about the links.
“I cannot say anything about it,” the Croatian said, via Goal. “You’ll have to contact Brazzo [sporting director Hasan Salihamidzic]. I can confirm that he is a really good player. We have a team of 22 players and it will be a difficult task to keep everybody happy. We do not talk about another one.”
It’s pretty much a given that Pavard will be a Bayern Munich player, but we’ll have to wait and see when it happens, and what the fee is.