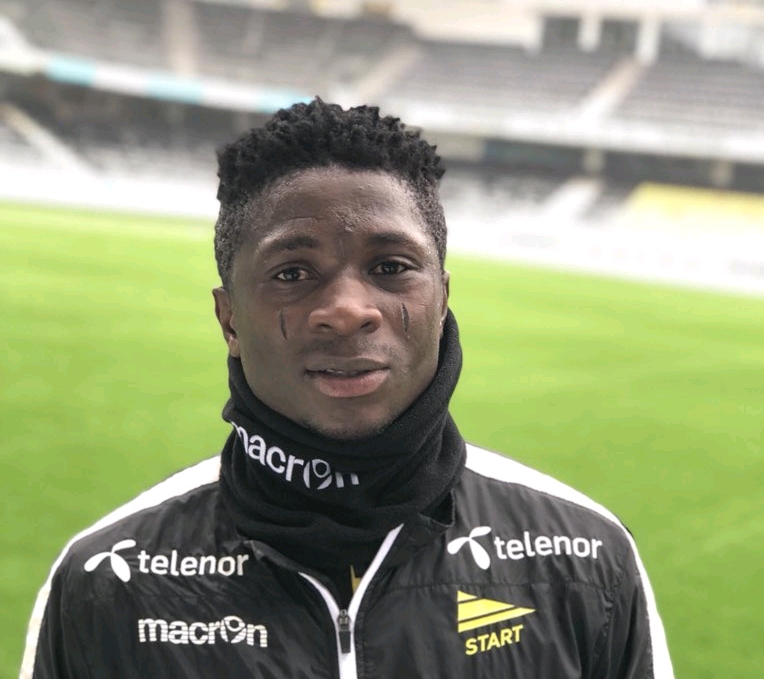 IK Start midfielder, Afeez Aremu, has been handed a late invitation to Nigeria’s U-20 team, the Flying Eagles ahead of Saturday’s 2019 U-20 Africa Cup of Nations second leg Final Round qualifier against Mauritania in Lagos. Aremu has scored three goals in 18 league games for his Norwegian side, IK Start since joining the club in March. The 18-year-old who has trained twice with the team in Lagos,  joined up with the team in training on Tuesday after a letter was sent to his club seeking his release for the crucial game and is in line to make his debut for the team ahead of the crucial game against Mauritania on Saturday. The Flying Eagles played a 1-1 draw away in Nouakchott, Mauritania last Saturday in the first leg. A goalless draw will see Aigbogun’s men advance to the 2019 U20 AFCON.

IK Start midfielder Afeez Aremu has spoken of his delight at receiving a call-up to join the Flying Eagles ahead of their 2019 Africa U-20 Cup of Nations qualifier against Mauritania on Saturday. The 18-year-old is reaping the rewards of the outstanding start to his career in the Norwegian Eliteserien, with 15 starts from a possible sixteen since the start of the 2018 campaign.

”The Norwegian League is on break, they talked to our director and he permitted me to come to Nigeria for the Flying Eagles match,” Aremu said. I have enough qualities to bring to the team, we will qualify for the Nations Cup. Everybody has welcomed me well, I’m not carrying myself as a player that came from abroad. I am not different from the players in camp, I was like them before I moved abroad, we are all the same family.” Afeez Aremu has netted four goals across all competitions this season, including a debut goal against Tromso in March despite playing as a defensive midfielder.

The coach stuck with majority of the players who have been with the team since the resumption of training but strengthened the team with three new players ahead of the game. Aigbogun omitted Mike Zaruma who is out injured while star player Peter Eneji missed out as he is presently abroad in search of a new club according to reports. Jerome Akor was the biggest omission in the list which has the trio of Abubakar Abdullahi Ali popularly called Sadiq ‎, Olado Adewale who is known to his teammates as Faisal and Sadiq Habibu Yakubu as new players for the trip.