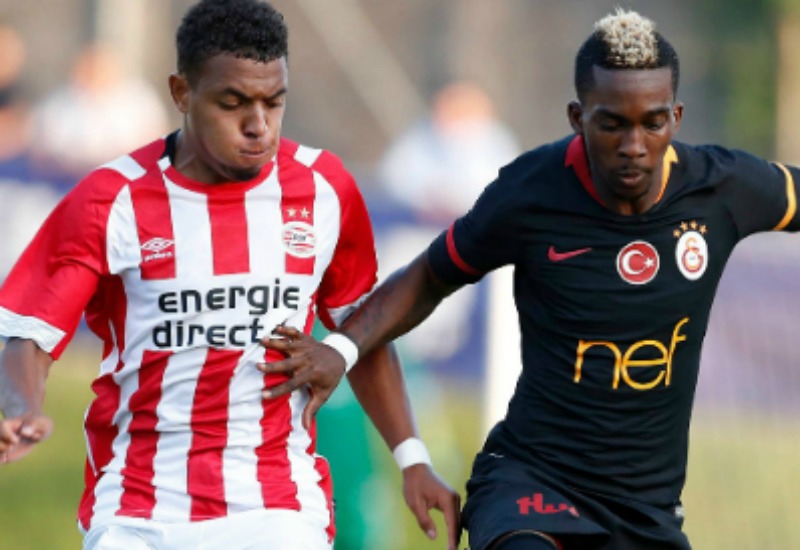 Onyekuru made his first appearance for Galatasaray in a pre-season game against Dutch club PSV Eindhoven on Wednesday following his loan move from English Premier League outfit, Everton. Onyekuru is thrilled to be back on the field again after injury disrupted his campaign last season and he feels honoured to wear the Galatasaray shirt for the first time. Onyekuru season was cut short after he picked up a knee injury in Anderlecht’s league clash against his former club Eupen.

Though he featured in a couple of reserve games in the closing stages of the campaign after recovering from the injury, he was not considered fit enough to play for the first team. Galatasaray were defeated 3-1 by PSV and Onyekuru was in action for twenty four minutes in his debut game. The striker came in the 66th minute for Jose Rodriguez with Fathi Terim’s men going down to a 3-1 defeat. He is on a season-long loan at the club, who will play in the UEFA Champions League in the new season.

Onyekuru began his football career with the Aspire Academy in 2010, and graduated in 2015 joining their partner club, K.A.S. Eupen. Onyekuru helped the team get promoted to the Belgian First Division A in his debut season. After a successful season in the Belgium first division, Onyekuru finished as one of the top scorers in the league, catching the attention of various larger teams in Europe.

He finished the 2016–17 season as joint top-scorer with 22 goals, but the trophy was handed to Łukasz Teodorczyk as he scored more away goals than Onyekuru. Onyekuru then joined Englsih side Everton but was sent on a season long loan to Belgian giants Anderlecht in the 2017/2018 season and was linked with several top clubs across Europe before he finally opted for ‘Gala’.

Onyekuru was called up for the Super Eagles camp in May 2017 and made his senior debut for Nigeria in a 3–0 friendly win over Togo in June 2017.