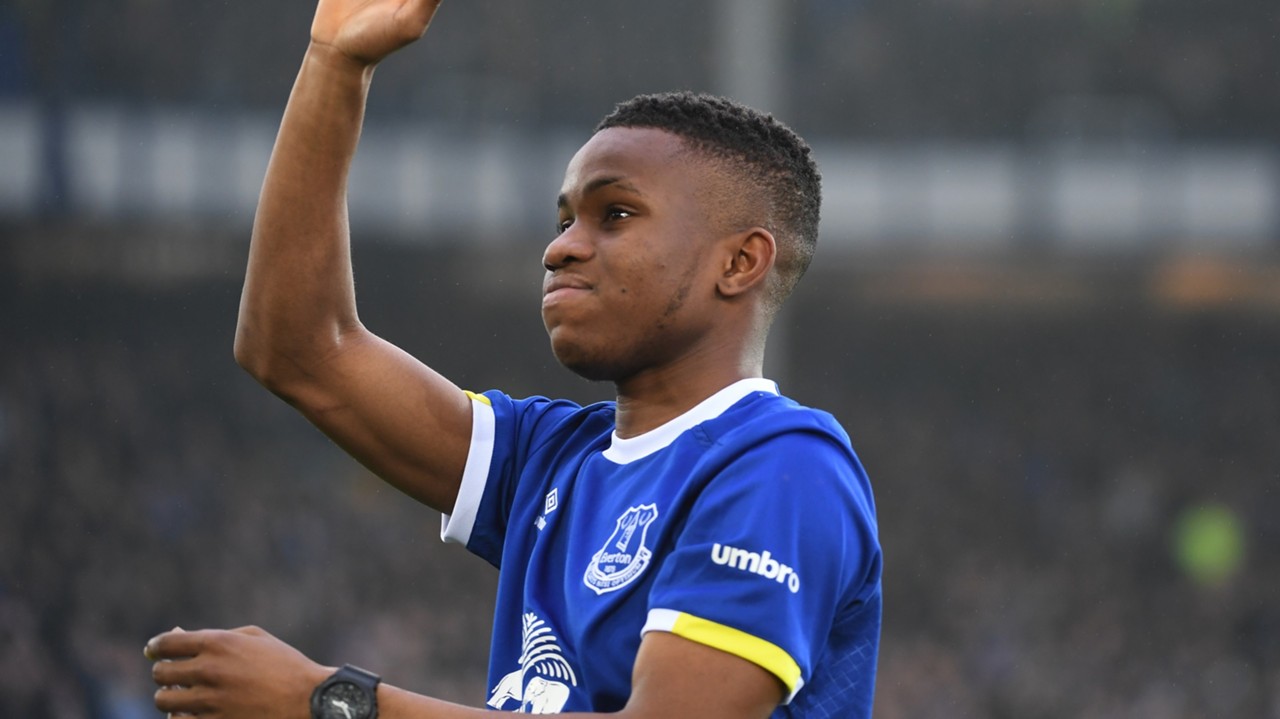 Everton are braced for a third bid from RB Leipzig for Ademola Lookman. The Bundesliga side have so far had two offers rejected to sign the 20-year-old but are preparing a third bid this week to break the deadlock. Everton want £20million for the player they paid Charlton Athletic an initial £8million for in January 2017. So far Leipzig have only offered £12m plus add-ons and then £14m plus add-ons, both of which Everton have rejected. But Leipzig are expected to make a third bid this week, which they hope will be close enough to Everton’s valuation to sign the player.

England Under-21 international Lookman spent the second half of last season on loan at Leipzig, impressing with five goals in the Bundesliga, helping the team to qualify for this season’s Europa League. Now Ralf Rangnick, who has returned to manage the team, is desperate to keep Lookman in the Leipzig team for next season, which is why the club is considering meeting Everton’s price tag.
Lookman himself is keen on the permanent move to Germany. He is confident of being part of the first-team at Leipzig while Everton sees him as a promising youngster but not necessarily part of the first-team yet, with new manager Marco Silva still assessing his squad. Especially while Everton pursue a move for Bordeaux’s Brazilian winger Malcolm, and are interested in an ambitious move to sign Wilfried Zaha from Crystal Palace.

Marcel Brands and Marco Silva set out to trim the Everton roster and increase the pace of play, and if the murmurs going around the transfer market are true, we could be in for a treat this coming season. For all his trickery, Yannick Bolasie was never as good at advancing the ball as his counterpart on the other wing Theo Walcott. Walcott has proven to be fragile in the past, so the management are looking to hold on to Ademola Lookman and adding Brazilian speedster Malcom to the ranks as well – a plan that we can definitely get behind.

There is however a small problem – RB Leipzig are simply refusing to go away having had a taste of Lookman on loan last season. The Blues have already turned them down once, then once again, and it appears their Director of Football Ralf Rangnick knows a good thing when he sees it.

German daily Bild are reporting that Rangnick is willing to ‘fight like a lion’ to get the player back to the Bundesliga. The two offers made for the player were for €14m and €16m respectively, though the outlet says that Everton has set the price tag at €20m despite having no need to sell with the player under contract through till 2021.

Brands had said very early on in his tenure that he had no interest in selling any of the young talents, and had planned on making his pitch to Lookman even before Silva was appointed. More to come on this, but fans will be disappointed if the England youth international were indeed to leave the Blues, especially for such a measly sum.

Everton signed Lookman from Charlton in the January 2017 window for an initial £8m potentially rising to £11m. But he found first-team opportunities limited under Ronald Koeman and Sam Allardyce, prompting him to leave on loan in January in pursuit of first-team football. Now that he has found it in Germany, he does not want to give it up.