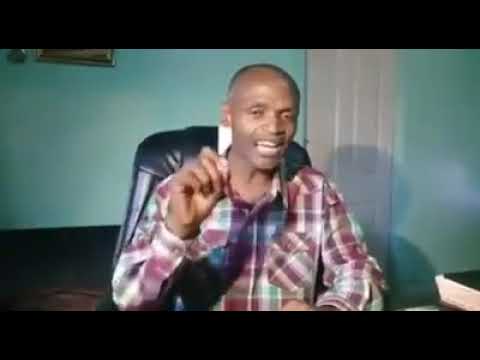 Prophet John General, founder of Miracle Impact Ministries International has intervened in the recent events in Zambia concerning Prophet Andrew Ejimadu popularly known as Seer 1, who has threatened people with death and has said that the ruling party PF will lose the forthcoming elections in 2021.

Simply because they have refused to acknowledge the fact that he is the one who gave them victory in the 2016 general elections and has thus requested for his charms from top government officials and ministers.

Going viral on the internet presently is the pictures of Government officials wearing the popular ‘black ring’ which Seer 1 has claimed he gave each and everyone of them.

Though some have distanced themselves from the ring and said they knew nothing about it, but Some government anonymous have come out to say that Seer 1 does not just give threats and that he knows a lot of people who have gone to him and they should not take his warnings for granted.

Prophet John General has therefore challenged Seer 1 to launch an attack on him and kill him to prove if he really has power because he (John General) knows Seer 1 uses ‘sangoma.

“I know your power is not God given, you are a herbalist, a wolf hiding in sheep clothing seeking who to kill and destroy”. This he said in an interview where he has expressed his anger and utmost disgust for the way Seer 1 is tarnishing the image of Christ.
He has thus called out to Politician to return the ‘black ring’ and make their way back to God.

Below are pictures from top government officials all wearing the ‘black ring’ from Seer 1 and these rings are what he demands back from them.