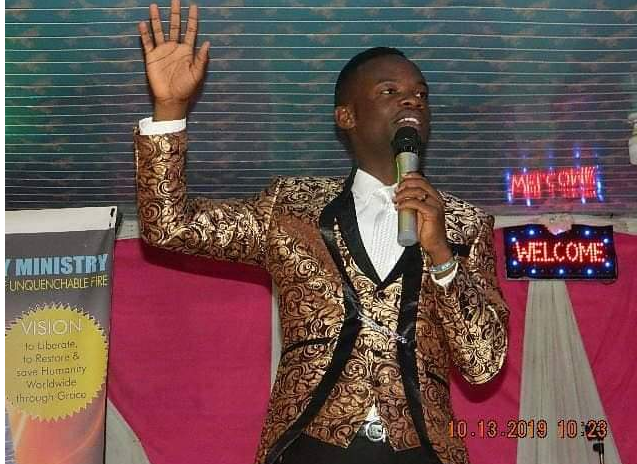 Sinyangwe is heard in the video making a declaration that Mr Hichilema will never be President of Zambia if he does not repent and ask for forgiveness for parading a coffin of late UPND member Lawrence Banda who was murdered in Kaoma.

Sinyangwe claimed that God has spoken to him that Mr Hichilema must apologize or forget about entering State House.

But many Zambians took to social media to denounce Sinyangwe for allegedly defaming Mr Hichilema and accused the clergyman of using the pulpit to spread hate speech.

After his public apology, HH in a statement said he had been forgiven, “We have no authority on earth to exact revenge. That is the preserve of our God the almighty. “We would like to appeal to the Nation to accept the apology from our brother Apostle Sunday Sinyangwe and pray for him.”

Reacting, Omegaprophet Bright said, “Let love lead in Zambia as a Christian Nation. I thank you all.”