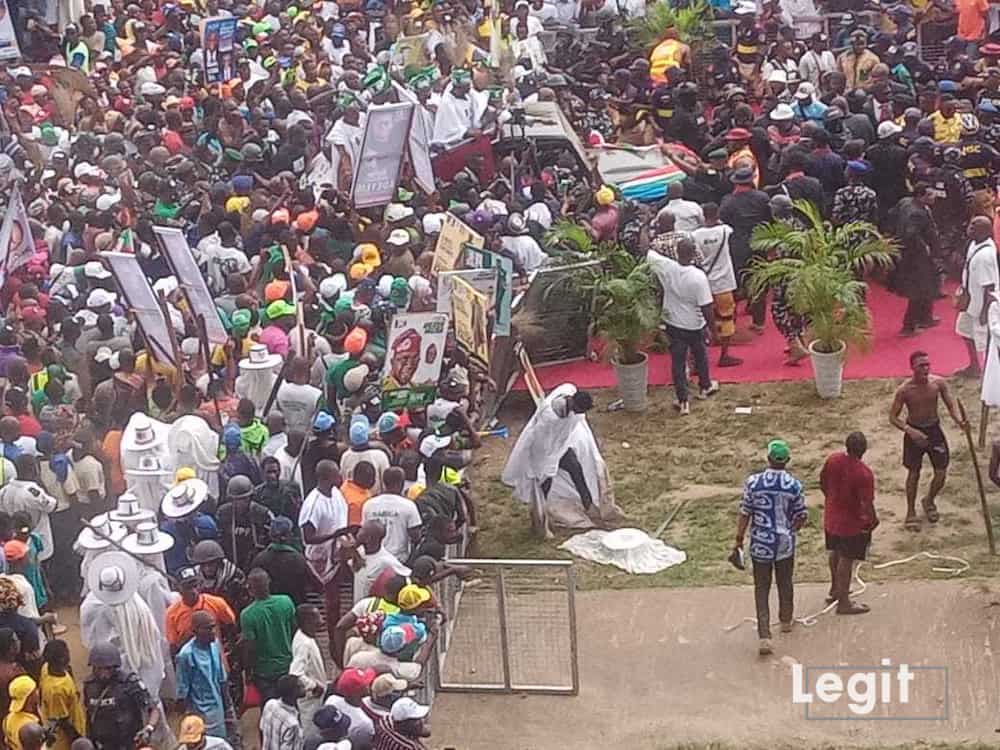 An Eyo masquerade collapsed in a stampede at the presidential rally of the All Progressives Congress (APC) held on Saturday, November 26, at the Teslim Balogun Stadium, Surulere, Lagos.

The masquerade was trampled upon as APC supporters at the rally struggled to catch a glimpse of the APC presidential candidate, Asiwaju Bola Ahmed Tinubu, as he was being ushered in through a motorcade.

The arrival of our presidential candidate, Asiwaju Bola Tinubu at the Teslim Balogun Stadium for his Lagos presidential rally. pic.twitter.com/fGjENnmjkT

The white-clad Eyo masquerades in Lagos represent the spirits of the dead and are referred to in Yoruba as Agogoro Eyo.

They wear spectacular costumes, white flowing, sweeping robes which conceal them from head to toe and colourful hats with bold conclave insignias on Eyo festival day and other special events.

About a dozen of them were sighted at the APC presidential rally on Saturday.

The costume worn by the Eyo masquerade who was trampled upon at the rally was destroyed, leaving his hitherto concealed face open to all. He, however, survived the stampede as security agents at the rally restored orderliness.
Source: Legit.ng