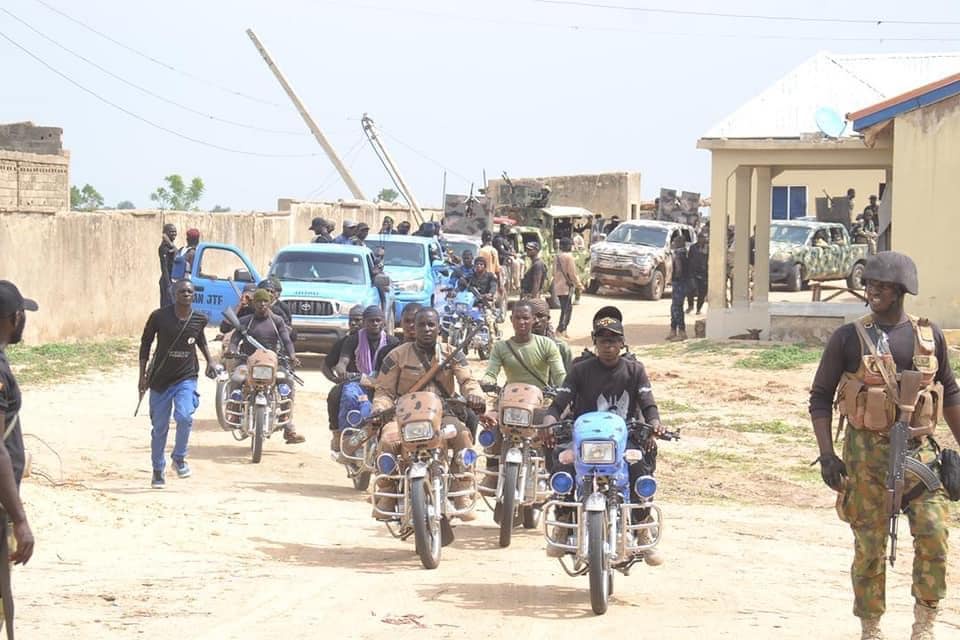 The death of Dogo Millionaire, whose gang operated in Chikun, Kajuru Local Government areas in Kaduna State, was made known by the state Commissioner for Internal Security and Home Affairs, Samuel Aruwan.

According to the government official, the bandit kingpin was one of the deadliest bandits leading other elements in terrorising communities but his reign of terror in the hard-to-reach area is over.

Aruwan said: “Dogo Maikasuwa, also known as ‘Dogo Maimillion’ led a series of attacks and kidnappings of citizens plying the Kaduna-Kachia Road, and in communities within Chikun and Kajuru LGAs. He was one of the deadliest bandits leading other elements in terrorising citizens of these general areas.

“According to human intelligence sources, he was always dressed in green camouflage military fatigues and wielding an AK47 rifle. Such was his appearance during the duel with security forces which ultimately consumed him.

“It was also gleaned that he led his bandits to engage in operations with cruelty, often killing kidnapped victims when ransoms were delayed or considered meagre.

“In his final stand, the notorious bandit in the company of his foot soldiers ran into an ambush laid by operatives in a forest in the Gengere-Kaso general area, around the Chikun and Kajuru boundaries.

“The security forces after the fierce battle successfully neutralized the bandit leader and recovered one AK-47 rifle, one magazine, five rounds of ammunition, two motorcycles and one set of camouflage military fatigues.”
Source – Naija News