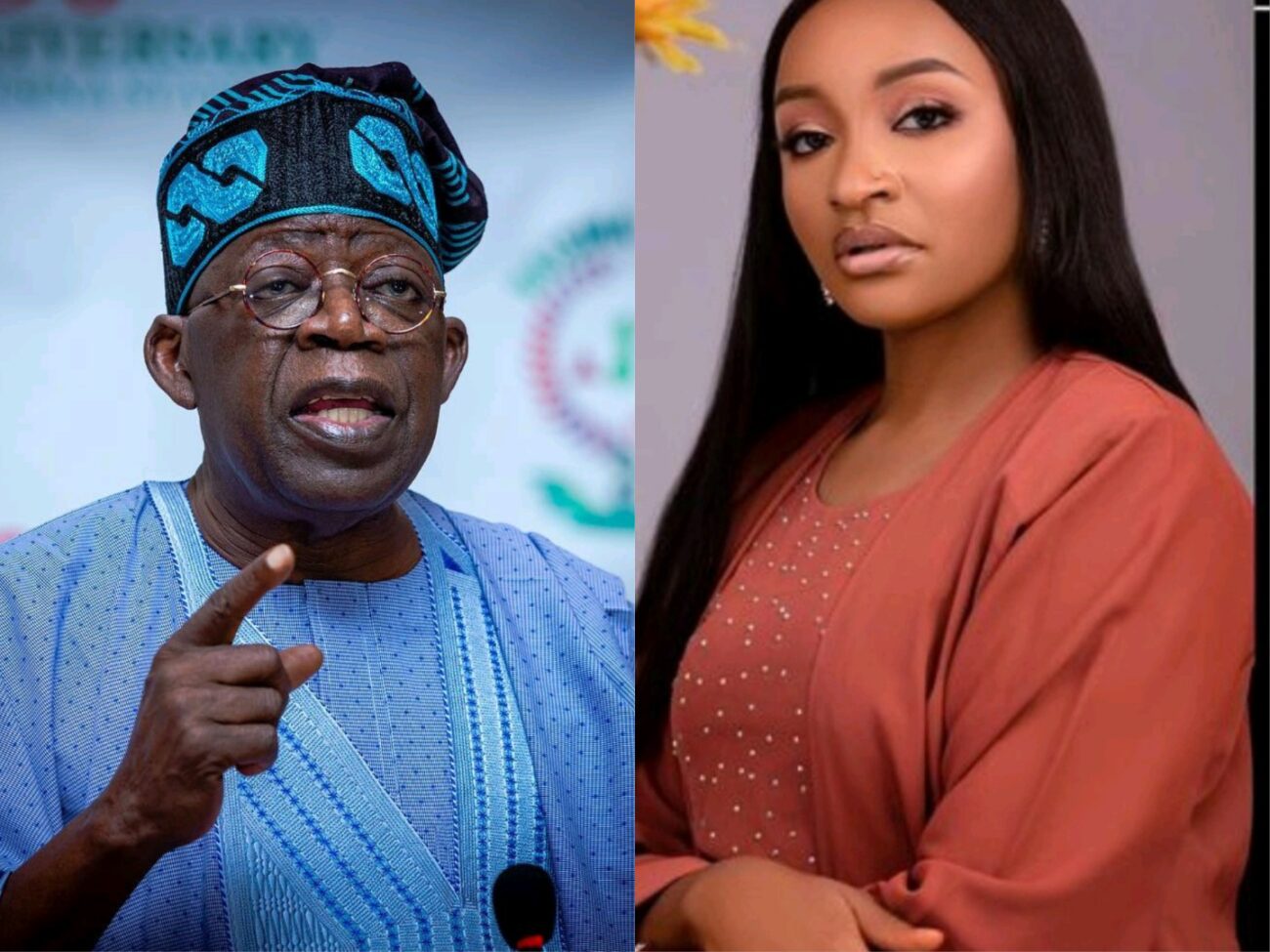 ‘This is a fat big lie, I’m not associated with this’ – Rahama Sadau Denies being part of Tinubu’s women campaign team Nollywood actress, Rahman Sadua has reacted to the news that her name was among the women team of All Progressives Congress’ presidential candidate, Asiwaju Bola Tinubu and his Vice Shettima.

Recall that 33 more popular actors were a few hours ago unfolded as part of Tinubu/Shettima train.

The likes of Zack Orji, Jide Kosoko and Foluke Daramola had received mixed reactions, but Joke Silva, Mercy Johnson and others may have declared for Tinubu.

They are among the stars whose names are on the women team of the campaign, led by the First Lady, Aisha Buhari, Senator Oluremi Tinubu and Hajiya Nana, wife of vice presidential candidate, Senator Kashim Shettima.

While some artistes have, however, not commented on the list, Rahman Sadua has denied being part of the campaign.

According to her tweet, she was never consulted before her name was added to Tinubu/Shettima’s campaign train.

“This is a fat big lieeeeee. I am not aware. Of this! I don’t know how my name made it to this list. I am not in any way associated with this. What happens to seeking for one’s consent? Are we starting this way?,” She asked rhythorically.

The campaign list, which contained names of 944 high-profile women and wives of prominent APC politicians, was released in the wee hours of Saturday by the campaign media admin, Rinsola Abiola, who is also the daughter of late Chief MKO Abiola.
Source – KemiFilani The death toll from panic at an Indonesian soccer match climbed to 174, most of whom trampled to death after police fired tear gas to dispel riots Saturday, making it one of the deadliest sports events in the world.

Riots broke out after the game ended Saturday evening with host Arema FC of East Java’s Malang city losing to Persebaya of Surabaya 3-2.

Disappointed after their team’s loss, thousands of supporters of Arema, known as “Aremania,” reacted by throwing bottles and other objects at players and soccer officials. Fans flooded the Kanjuruhan Stadium pitch in protest and demanded that Arema management explain why, after 23 years of undefeated home games, this match ended in a loss, witnesses said.

The rioting spread outside the stadium where at least five police vehicles were toppled and set ablaze amid the chaos. Riot police responded by firing tear gas, including toward the stadium’s stands, causing panic among the crowd. Tear gas is banned at soccer stadiums by FIFA.

Some suffocated and others were trampled as hundreds of people ran to the exit in an effort to avoid the tear gas. In the chaos, 34 died at the stadium, including two officers, and some reports include children among the casualties.
Source – AP