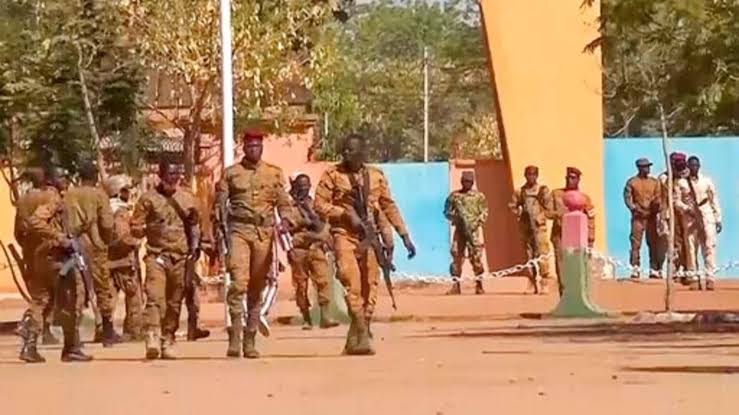 Heavy gunfire has been heard from thee main military base and some residential areas in Ouagadougou, Burkina Faso’s capital.

According to Reuters, the incident happened early on Friday morning.

A number of armed soldiers have been positioned along the road leading to the presidential palace.

Military personnel are said to be restricting entry into administrative buildings and the national television station, which has now halted broadcasting.

Meanwhile, BBC says that local newspapers are reporting that gunfire was also heard at other military barracks across the country.

The coup leaders cited the worsening security situation and what they described as Kabore’s failure to bring the nation together and successfully address challenges, including an Islamist insurgency.

Paul-Henri Damiba, the coup leader, said he would restore security after years of violence.

Many in Burkina Faso initially supported the military takeover, but the violence has failed to wane in the months since Damiba took over power.

On Tuesday, 11 soldiers were found dead and about 50 civilians were declared missing after Islamist militants attacked a 150-vehicle convoy taking supplies to a town in the northern part of the country.

The attack left 28 persons injured, including 20 soldiers, while dozens of trucks were destroyed.

The development happened weeks after at least 35 civilians were killed and 37 injured in northern Burkina Faso when a vehicle in a convoy hit an improvised explosive device (IED).
Source – Nigerian Eye She was found early on Friday, September 30.

It is believed she was stoned to death because injuries were visible all over her body and stones were beside the body.

Sympathisers gathered around the lifeless body as they tried to identify her.

Some policemen in a pickup van arrived at the scene at about 8 a.m.
More update soon….
Source – Linda Ikeji