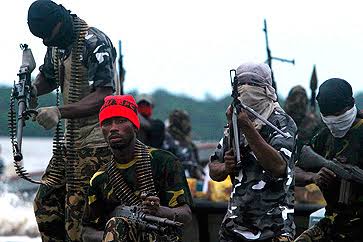 There was jubilation in Rivers State on Tuesday when the Legacy 600 aircraft recovered by the Nyesom Wike-led administration finally touched down at the Port Harcourt International Airport, Omagwa, Ikwere Local Government Area of the state.

Rivers women and youths rushed to the airport to entertain people with their cultural displays designed to celebrate the return of the state-owned Legacy 600 Aircraft, which the Governor said was secretly abandoned in Germany by the immediate past administration.

Wike, who was on ground to receive the Legacy 600 aircraft, said that the recovery and eventual return of the lost asset of the state was a reality and not mere politics.

The Governor explained that it took intelligence report for his administration to discover such asset, owned by the Rivers State government.

According to him, the immediate past administration flew the aircraft to far away Germany, without any record of it made available to his administration.
Source – The Nation There is tension in the creeks of the Niger Delta region following the deployment of dozens of gunboats and an army of youths in the waterways by a former militant leader, Government Ekpemupolo, alias Tompolo, to fish out pipeline vandals, illegal refiners and illegal oil installations.

The former commander of the Movement for Emancipation of the Niger Delta (MEND) recently won an N4.5bn monthly surveillance contract from the Federal Government and the Nigerian National Petroleum Company (NNPC) Limited to secure pipelines and oil installations in Delta and some parts of Bayelsa and Rivers states.

Despite the controversies that trailed the contract, Tompolo it was gathered had concluded his groundwork and commenced operations to stop the activities of oil thieves threatening to cripple the country’s economy.

A source close to the former agitator said dozens of speedboats and gunboats comprising operatives of the Navy, Army and the Nigeria Security and Civil Defence Corps (NSCDC) embarked on their first operation on Monday.

He said the joint operation had over 1000 youths that accompanied the armed operatives to their first assignment in the creeks.

He said the youths involved in the operation were recruited from host communities in the areas of coverage of the contract.
Source – The Nation The Federal High Court in Birnin Kebbi, Kebbi State, on Tuesday, voided the election of a former Governor of Kebbi State, Adamu Aleiro, as the senatorial candidate of the Peoples Democratic Party (PDP) for Kebbi Central District.

The trial judge, Babagana Ashigar, ruled in favour of Haruna Sa’idu who argued that he is the bona fide senatorial candidate of the PDP for the district.

Mr Saidu sued Mr Aliero, the incumbent senator of the district, the PDP and the Independent National Electoral Commission (INEC) for conducting a fresh primary for the Kebbi Central Senatorial District. He argued that the fresh primary contravened the Electoral Act 2022.

Mr Sa’idu argued that he is alive, and did not withdraw from the contest. He claimed that his name was unlawfully substituted with that of Mr Aliero, who defected from the All Progressives Congress (APC) to the PDP after a primary election was conducted.

Mr Asghigar observed that when the first primary for the Kebbi Central was held, Mr Aleiro was in the APC.

He ruled that based on exhibits 2,21,23,24 tendered before the Court, Mr Sa’idu participated in the first primary where he was elected as the candidate having scored the highest votes while the first defendant, Mr Aliero, was still at the ruling party.

Responding to the judgement, counsel to Mr Aliero, Aliyu Hassan, said his client will study the judgement before taking the next line of action.

Also, counsel to Mr Sa’idu, Sule Usman, a Senior Advocate of Nigeria (SAN) said the judgement, is for the good of the people of Kebbi Central District who now know who the authentic candidate of the PDP is.
Source – Premium Times Muhammad Sani Al’ameen, a Bauchi State gubernatorial aspirant has narrated how he escaped death after gunmen fired at his car along the Akwanga -Abuja expressway.

Dailypost reported that the politician was on his way to Abuja last Friday when the incident happened.

Al’ameen who narrated his ordeal to journalists in Bauchi on Tuesday during a question and answer session said, he narrowly escaped death at the hands of unknown gunmen who waylaid him.

He explained, “I was coming from Bauchi to Abuja, we were approaching Akwanga. I saw some vehicles following us closely, when I observed, I asked my driver to enter AYM Shafa filling station, the driver said we have fuel, I said let’s enter, we entered, we purchased little fuel, spent some minutes before we proceeded, when we reached the roundabout, the car just resurfaced again, they ambushed us, they blocked our vehicle and opened fire, I heard a shot and I heard a bang on my car.

“We stopped, one of them opened our car and entered pointing his gun at us and asked our driver to drive but I said to the driver, don’t move, with Allah’s help he obeyed me and refused to start the car. They were looking at the time, they seized our phones, took away my briefcase and some of our personal belongings and left,”

“Probably, they were afraid, because we were at a roundabout even though they scared people away but since it was a busy road many vehicles will also come, that’s what saved us:”

He expressed shock over the shooting of his vehicle and attempt to either assassinate or kidnap him.

“We stopped and complained at a nearby Army checkpoint, that we were fired at by some gunmen, they even took away our phones and personal belongings, before we continued the journey.”

He appealed to the government and other security agencies, to intensify efforts to end issues of banditry and insecurity in the country and prayed for the protection of Nigerians.
Source – Tori