BREAKING: Ex-Generals Ganged Up Against Me – Wike | Ayu Collected One Billion | Atiku, Saraki, Others Humiliated Jonathan 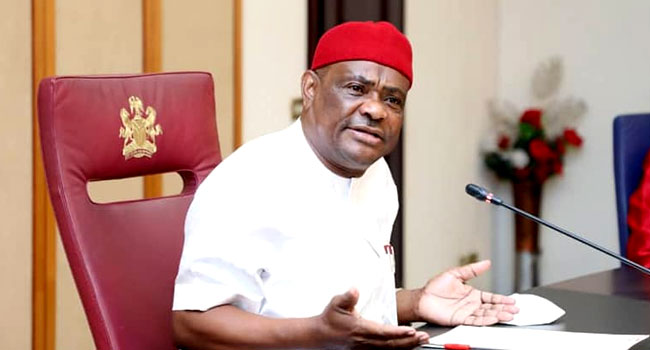 The PDP chieftain who spoke on Friday challenged Ayu to deny the claims, noting that he has evidence. Wike, however, refused to mention the individual who Ayu collected the money from.

Wike who said he was hugely pained that he was unable to win the PDP’s presidential primary and go on to battle the All Progressives Congress, APC, said the money Ayu collected did not enter PDP‘s account.

He said: “Will he deny the fact that he did not collect one billion naira from Lagos? Yes, let him deny it, I will tell him who gave him the money.

“Not Lagos state government, but someone in Lagos. The money was given to him in Lagos. He met one of the presidential aspirants and told him he was not sure state governors would want to sponsor the party.

“Let Ayu say no, I will even call some of the businessmen and how the money was arranged in Lagos. That money did not enter the account of PDP. But we are not attacking Ayu on that basis,”  Wike said during an interview on Channels on Friday, Naija News reports.

Wike stressed that he has a good relationship with the party and that is why he is making sure candidates that emerge in my state win in the 2023 general elections.

Returning to the call for Ayu’s resignation, Wike said the issue as it is today is that as it is provided in the constitution of the party that there shall be zoning of party offices and elective offices. Rivers Governor Nyesom Wike has narrated how the Presidential Candidate of the Peoples Democratic Party (PDP), Atiku Abubakar and a former Senate President, Saraki all worked against former President Goodluck Jonathan which eventually made him lose the 2015 presidential election.

Wike said Jonathan’s pleas to rescind their decision of leaving the party in 2014 fell on deaf ears.

Accordng to Wike, Sokoto Governor, Aminu Tanbuwal was among those, who humiliated Jonathan after the 2014 convention as they insisted that it was the turn of the north.

“People should not forget history. In 2013 and 2014, there was an issue of the presidential candidate. Jonathan emerged. Atiku and others worked out of the convention. Tambuwal and former Senate President all worked out.

“Jonathan did everything to talk to them. But they rebuffed him as a sitting President. President travelled to London to see Atiku, but he rebuffed him. Former Governor Babangida Aliyu admitted that they all agreed to work against Jonathan”.
Source – Tori

Ex-generals, PDP members ganged up against me – Wike He added that part of the meetings was held in homes of ex-generals on the night of the convention in a bid to prevent his emergency.

Wike spoke in a media chat in Port Harcourt on Friday alleging that the meetings were part of what led to the delay in the commencement of the convention on the day of PDP primary.

Wike lambasted the PDP National Chairman, Senator Iyorcha Ayu, for his role in the last convention of the party, saying he aided the emergence of the former vice president, Atiku Abubakar, as the party’s flagbearer.

He added, “A whole national chairman told some aspirants that if Wike wins that he was going to resign. As chairman of the convention, he allowed Aminu Tambuwal to speak a second time. Look, integrity matters.

“And after everything, he (Ayu) went and hugged Tambuwal that he was the hero of the convention.

“Meetings upon meetings were going. Pressures were being mounted on people to step down.

“Even on the night of the convention meetings were going on. That is why we started our convention late.

“Some of the retired generals were involved. Some of the meetings were held in their houses. There is nothing they didn’t do for me to step down.

“Those who know me, know that I would have stopped the convention, even if heaven falls.

“But I said for peace to reign, let the convention go on. Now a candidate has emerged. And we need to win elections as a party. That is the ultimate, winning elections.

“But the right things must be done. It was agreed and it has been the practice of the party that if the candidate comes from the North, the national chairman should come from the South.

“The candidate (Atiku) knows all these. He even said it to me when he came to my house in Abuja.
Source – Punch