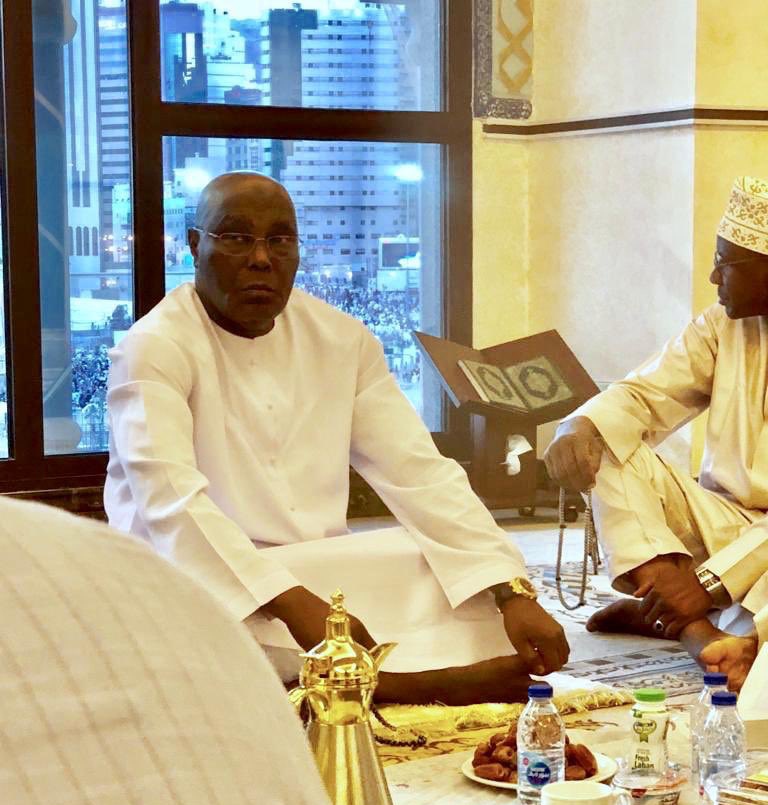 Naija News gathered that Deputy Inspectors General of Police(DIGs), Assistant Generals of Police(AIGs), Commissioners of Police (CPs) from the 36, States and the Federal Capital Territory(FCT) among other senior police officers are attending the meeting.

The meeting is expected to deliberate on the 2023 general elections, assault on policemen on duty, upcoming police retreat, conference, and police games, among other critical issues.
Source – Naija News

The All Progressives Congress (APC) Muslim-Muslim ticket for the 2023 presidential election has been described as a move to divide the northern region of Nigeria.

This proposition was made by Babashir Lawal, a former secretary to the government of the federation (SGF). There has been outrage since the presidential candidate of the APC, Bola Tinubu, chose a same faith running mate, Kashim Shettima, within the APC and in Nigeria.

Lawal, who is a northern Christian politician, said this while reacting to the final list of the Independent National Electoral Commission (INEC) of the presidential and national assembly candidates in the 2023 general election.

The APC stalwart made the comment while featured on Arise TV interview on Wednesday, September 21, disclosing that northern Christian politicians are determined to ensure the same faith ticket of the APC does not survive.

“The introduction of a Muslim-Muslim ticket by the APC or same faith ticket is a wicked plan to further create divisions within the north. We try as leaders of societies to live as brothers and sisters, but this demonic proposition just came out of the blues.

“For all lovers of unity in this country, in the north in particular where we are most affected, this ticket must never succeed. And we will make sure we defeat it in such a resounding manner that nobody in his right senses will ever think about it again at least in the near future for our political journey in Nigeria. So we are set on it and we are determined to kill it( Muslim-Muslim ticket). Our people are mobilised, and our people are ready for the election.”

He added that he and the former speaker of the house of representatives, Yakubu Dogara, are working out plans to ensure that the ticket does not win the 2023 election.

“I and Dogara alone aren’t the only ones involved in this. Indeed, we are leaders of groups of about 40 leading Christian politicians in the north. We started work on this years back when we suspected that if a Muslim emerge from the south as the candidate for any of the political parties there is a risk of what has happened will happen.

“So, while we plan that the same faith ticket of APC should fail, we also believe that we should align with one of the leading political parties that has the chance of wining. Our strategy is we will not just waste our vote because we want to protest the same faith ticket of APC, we will like to partner with another group that is more sensible of the Nigerian situation and realised that Nigeria needs harmony, unity and peace.”

Barrister Abdullahi Nyako, the Principal Personal Assistant (PA) to the presidential candidate of the Peoples Democratic Party (PDP) for the 2023 election, Alhaji Atiku Abubakar, is dead. Reacting to his demise, Atiku wrote on his verified social media pages: “Barrister Abdullahi Nyako was more than an aide; he was family to me in every sense of the word. He served me with loyalty and diligence. He will be sorely missed.

“On behalf of my family, I convey my deepest condolences to the Abdullahi family and pray that the Almighty Allah will comfort and strengthen them. May Allah forgive his sins and grant him Aljannah Firdaus. Ameen.”
Source – Politics Nigeria