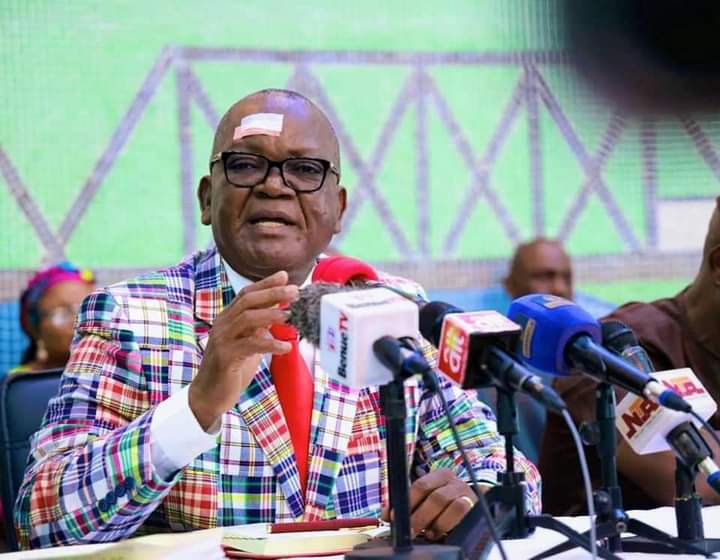 The National Industrial Court of Nigeria (NICN) has ordered the Academic Staff Union of Universities (ASUU) to suspend its seven months old strike.

The order followed the granting of an injunction sought by the counsel to the federal government.

The federal government’s counsel, James Igwe, had applied for an interlocutory injunction to restrain ASUU from continuing with the strike pending the determination of the referral by the Minister of Labour and Employment, Chris Ngige.

In his ruling in Abuja on Wednesday, Justice Polycarp Hamman granted the government’s application.

He also dismissed the argument of Femi Falana, counsel to ASUU, that the interlocutory injunction should be dismissed and the court should instead grant an accelerated hearing for the referral earlier filed by Mr Ngige.

ASUU commenced the strike in February after it accused the federal government of reneging on previous agreements on matters such as increased funding of universities and increasing lecturers’ salaries.
Source – Premium Times

The kidnapping spree along the Emohua-Kalabari road in Rivers State continues, as gunmen attacked a private vehicle and abducted two of the occupants, on Tuesday night.

This came barely four days after a similar fate befell five passengers of a commercial bus who were whisked away by the miscreants terrorising the area.

However, the Police had confirmed the rescue of four of the six abductees, while intensifying efforts to rescue the last victim, as well as to apprehend the fleeing suspects.

On the latest incident, a driver at the Choba Park, in Obio-Akpor Local Government Area of the state, confirmed the kidnap to our correspondent on Wednesday morning.

The driver who pleaded anonymity, said it was a private vehicle loaded with illegally refined petroleum products and headed towards Choba, near the University of Port Harcourt.

He said the incident occured at about 8pm, on the same spot where a commercial bus driver was killed and eight of his passengers kidnapped a fortnight ago, as well as the abduction of five passengers last Saturday.
Source – Punch His Special Adviser on Media/Publicity, Terver Akase, disclosed this in a statement issued on Wednesday.

Our correspondent reports that the social media in the past few days had been awash with insinuations on Ortom’s health following pictures of plaster on his head.

Some citizens had demanded explanation to clear their doubts about the rumours being peddled over the governor’s health.

Reacting, Akase said it became necessary to dispel such rumours as he explained that the governor’s health is nothing to worry about.

“A number of people have asked questions about the plaster on Governor Samuel Ortom’s forehead in the last few days.

“As a Governor whose wellbeing is the concern of his people, it is appropriate that we inform Benue people at all times about his engagements, health and movements.

“Like any other human being, Governor Ortom had a boil on the right side of his forehead and had a minor surgery. The plaster was placed to prevent infection. It is nothing serious to worry about.

“We deeply appreciate all the calls and questions from the good people of Benue State. Governor Ortom is in sound health and has continued to carry out his engagements, one of which is today’s Official Commissioning of the reconstructed and upgraded Aper-Aku Lodge at the Benue Peoples House, Makurdi by the Ag. BOT Chairman, Peoples Democratic Party, PDP, Senator Adolphus Wabara,” Akase said.
Source – Daily Trust