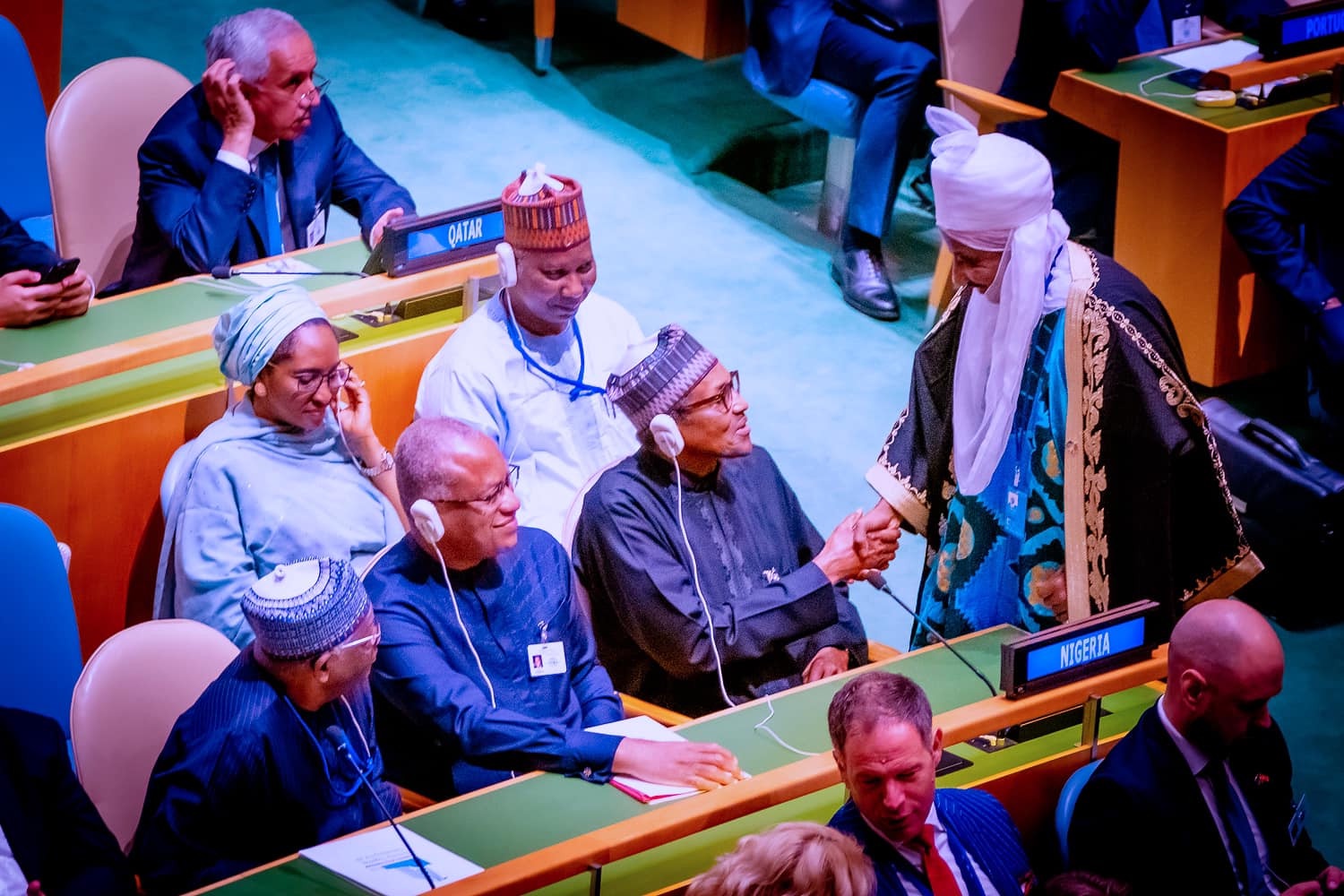 President Muhammadu Buhari has held a strategic meeting with members of his delegation ahead of the 77th General Assembly of the United Nations in New York, the United States.

Naija News reports that the President met with the delegation ahead of his National Statement on the second day of the General Debates scheduled for Wednesday.

Some of those at the meeting include the Chief of Staff to the President, Ibrahim Gambari; the National Security Adviser, Babagana Munguno; Minister of Foreign Affairs, Geoffrey Onyema, some state governors, and top government officials, among others.

The theme for the 77th session which opened on Tuesday, September 13, is: “A watershed Moment: Transformative Solutions to Interlocking Challenges.”

Key topics of discussion at the UNGA this year include; the war in Ukraine, the energy crisis, climate action, ending the COVID-19 pandemic, and a special Transforming Education Summit. 2023: We Must Have Nigeria Before A President, Says Jonathan Ahead of the 2023 general elections in the country, ex-President Goodluck Jonathan has warned politicians and their parties to eschew violence, saying Nigeria must exist before having the next President.

He stated this on Tuesday in Abuja at the 2022 peace conference organised by the Goodluck Jonathan Foundation.

The former Nigerian leader called on those seeking elective positions to protect Africa’s most populous nation from being destroyed.

According to him, those interested in becoming president, governors, and legislators have roles to play in preserving the nation’s democracy.

“We must have a state before you talk about having a President or a governor. If you destroy the country, then where do we need a President?” he said.

“Anybody who is interested in leadership at the level of a president, governor, senator, etc, you have the biggest stake to protect the nation.

“Both those who want to be President, governors and their supporters should first know that we need to have a nation before whoever you are supporting can emerge (into leadership position).”
Source – Channels TV Authorities in Jigawa have reported six more deaths as a result of the floods that have continued to wreak havoc on communities in the north-western state.

This comes barely three days after police authorities in Jigawa said 29 other people lost their lives to flood-related incidents. As of Tuesday, the state has lost 98 residents to the ravaging floods.

The Chairman of Jigawa State Emergency Management Agency (SEMA), Sani Babura, who confirmed the six new deaths lamented that flooding in the state has reached an alarming stage.

He stated that the number of communities affected by the floods was increasing every day, a development he said has made the situation more aggravated.

Sani linked the deaths to floods, rainstorms, and lightning, adding that at least 57,000 have been affected so far.

According to him, more than 100,000 have been forced out of their homes and some of them are living within the 49 camps established by the state government to provide shelter for displaced people.
Source – Channels TV