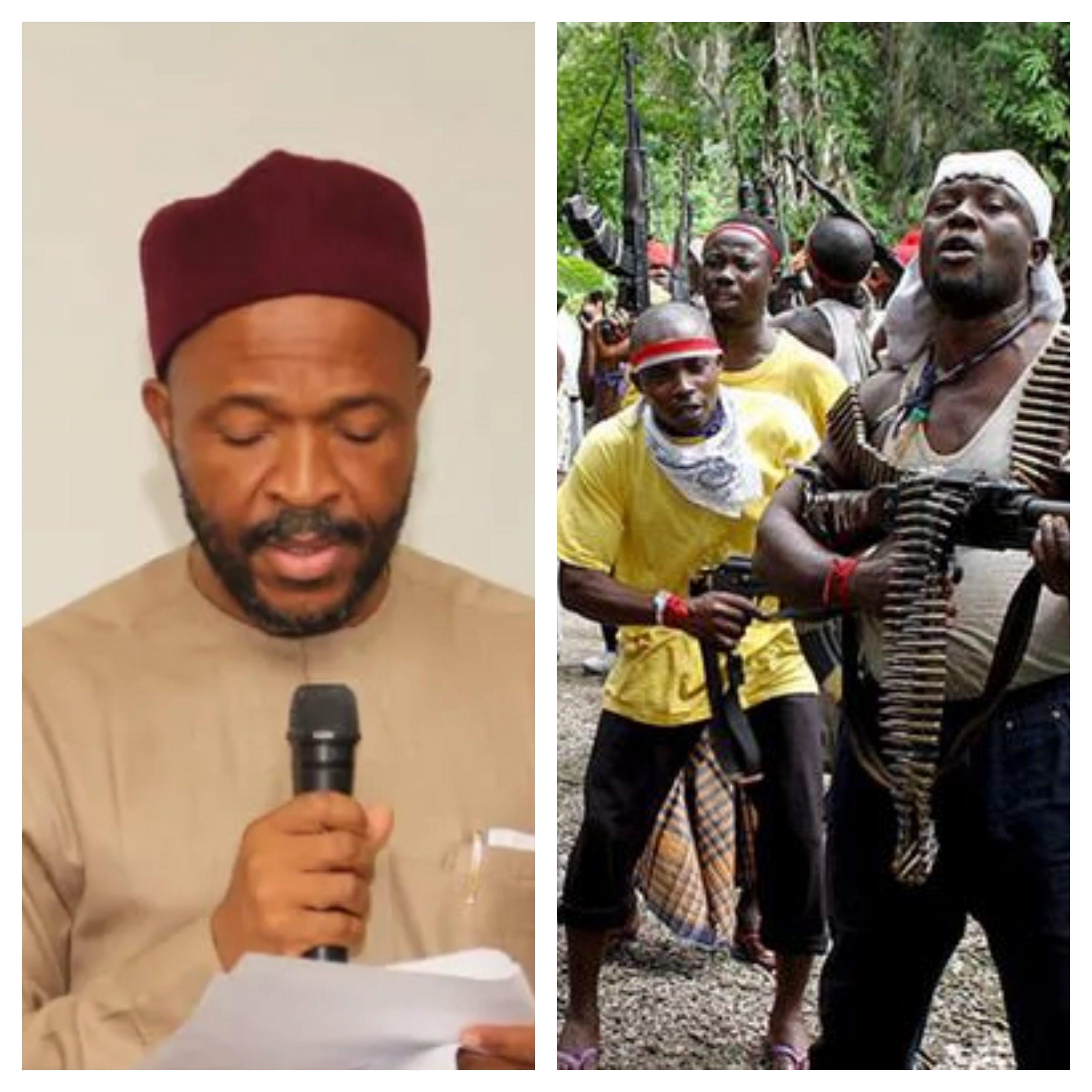 2023 presidency: Nwajiuba gives condition for North to support S/East APC candidate
Chukwuemeka Nwajiuba, former Minister of State for Education, says the north would support the bid for a south-east presidential candidate of the All Progressives Congress (APC) if the south-west hopefuls quit the race. Nwajiuba, who is one of the presidential hopefuls of the ruling party, said in the interest of national justice and fairness, the south-east should produce the next president of Nigeria.

Recall that the likes of Vice-President Yemi Osinbajo, Bola Tinubu, former Lagos governor; and Kayode Fayemi, Governor of Ekiti State, are among the south-west politicians in the race for the ticket of the ruling party.

Nwajiuba told ThisDay that “aspirants from the north” would be willing to “rest their ambitions” if their counterparts from the southwest tow the same path. “There are three people from the north who purchased the APC presidential forms. The president of the Senate, Ahmad Lawan; the Governor of Kogi State, Yahaya Bello; and the Governor of Jigawa State, Abubakar Mohammed Badaru.

“They all have the right credentials to be Nigeria’s president. They are men of foresight. They are from the northeast, north-central and northwest.

“They are possibly in the contest to make a statement, but if we are talking about national justice and fairness, we should only be thinking of the south-east. This is because it is the only zone in the south that had not produced a president since 1999.”

Meanwhile, the presidential primary of the All Progressives Congress (APC) is expected to hold on May 29 and 30.
Source: Dailypost

“BHT/ISWAP terrorists have reportedly killed four herdsmen in the axis of Abujan Gorgi after accusing them of spying on the terror group,” he tweeted. “The insurgents especially Boko Haram faction have constantly targeted the Fulani men, especially those living within their enclaves.”

Boko Haram has increasingly targeted farmers, herders and loggers, accusing them of spying and passing information to the Nigerian military.

They have also been raiding herding communities and stealing cattle, a valuable commodity in the region to fund their operations. In 2020, the insurgents invaded a rice plantation in Zabarmari, a community in the Jere Local Government Area, killing at least 43 farmers.

The Nigerian Army has repeatedly claimed that the insurgency has been largely defeated and it frequently underplays any losses.

The terror group has caused the death of thousands of people and displaced millions of others mainly in Adamawa, Borno, and Yobe states.
Source: SaharaReporters

Gunmen: We’ve identified those terrorizing Anambra – CP
THE Anambra State Police command said Monday that it had identified some of the criminals terrorizing the state, stressing that there was nothing unknown about the gunmen as people tag them. Addressing reporters in Awka, the state Commissioner of Police, Echeng Echeng said the command would go all out to deal with them, even as he frowned at the reluctance by indigenes of various communities in the state to volunteer information about the activities of criminals in their areas to help tackle the problem.
The CP said: “There is nothing unknown about the gunmen terrorizing Anambra State, to warrant calling then ‘unknown gunmen’.
“We have been saying that unknown gunmen is not the right name for these criminals. We are trying to mystify something that is not just there. “It is time we go into demystifying them. These people are not spirits, they live with us, they are our nephews, our cousins, our brothers, and they live in communities. We know who they are.
“The problem of security is that of total silence as nobody sees something, nobody hears something and nobody says something.
“Security is collective and everyone has a part to play. Crimes are localized, and they happen in our communities. We should be able to come up with information of what is happening in our communities, not glorifying them and tagging them as unknown gunmen, otherwise, we will end up not making headways. We know them, we have actually arrested some of them and they are human beings. “I want us to also shift the narrative that these criminals are Fulani. We have arrested some and taken out some during gun duels.
“So, when the communities that should help to contribute to security decide to stay quiet, that is not a good sign.
“The state police command has decided to go all out on these criminals. Their dens have been identified, and soon, news of their exploit will be made known.
“We will not spare any of them. Forget the narrative they push that they live in the forest, they create that impression and then return to the communities where they live.
Source: Vanguard