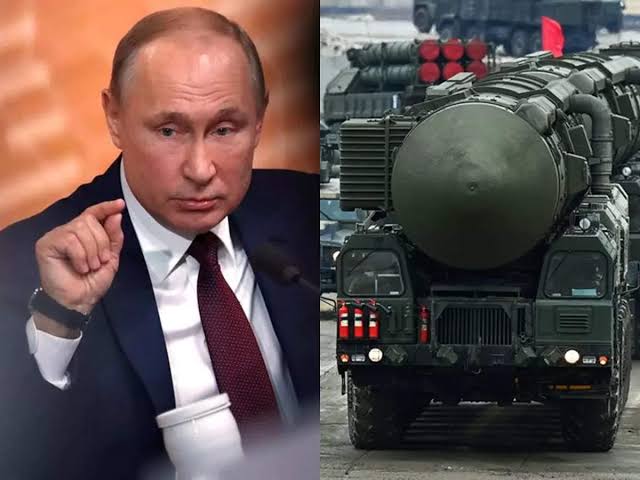 About eight worshippers have been abducted by terrorists while attending a Church service at Salama Baptist Church in a village called Gidigori in Rafi Local Government Area of Niger State.

A source from the community said the incident occurred at about 10 am on Sunday, adding that the Pastor of the Church was among the abductee. It was gathered that the church was near Birnin Gwari in Kaduna State.

President Vladimir Putin took “unprecedented” post-Cold War action on Sunday by ordering his nuclear deterrent forces to be on alert as international tensions over Russia’s invasion of Ukraine spiraled.

Putin said in a meeting of top officials shown on state TV on Sunday that the move, which means the country’s nuclear weapons are prepared for increased readiness to launch, was in response to NATO powers making what he called “aggressive statements.”

Russia, like the United States and NATO forces, has thousands of nuclear warheads that it maintains as a deterrent to an attack.

The move is also a reaction to the West announcing hard-hitting financial sanctions against Russian businesses and key individuals, including Putin himself, the president said in televised comments.

The Russian defense minister, Sergey Shoygu, and the chief of the military’s general staff have been ordered to put the nuclear deterrent forces in a what was described as a “special regime of combat duty.”

Linda Thomas-Greenfield, the United States ambassador to the United Nations, told NBC News’ Meet the Press on Sunday morning that “President Putin is continuing to escalate this war in a manner that is totally unacceptable.”

“And we have to continue to condemn his actions in the most strong, strongest possible way,” she added. The meeting which took place inside the palace of the Emir of katsina, lasted over two hours, according to sources.

Both emirs failed to disclose their discussions after the meeting.

The Emir of Kano returned to Kano about 3 p.m on Sunday.

The Emir of katsina palace spokesman, Mallam Iro Safana, confirmed the Emir of Kano’s visit but insisted it was a private one.

Other sources contacted however disclosed that the Emir of Kano’s visit could have been prompted by last Wednesday’s resignation of Professor Sani Lugga as fifth Wazirin Katsina.

The PUNCH had reported that Professor Lugga resigned as Wazirin Katsina last Wednesday shortly after the Katsina Emirate Council issued him a query on his recent comments on current security challenges in the state.
Source – Punch