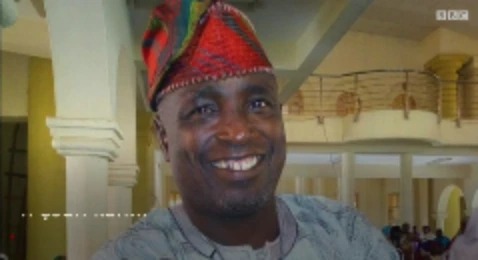 The Federal Government is doing all that it can to profile financiers of proscribed Yoruba Nation Agitators. In its bid to arrest all sponsors of the separatist group led by Chief Sunday Adeyemo popularly called Sunday Igboho, the security personnel has arrested Mr. Azeez Mruff Akintunde popularly called Tula Oyo.

Tula Oyo was arrested at his residence in Oyo town on the 18th November 2021 by a combined team of security personnel tagged Operation Burst. He was taken to Operation Burst’s office in Oyo town. The head of security personnel in Oyo provided logistics based on the order from above that Tula Oyo should be moved to Abuja for proper interrogation on his alleged involvement in sponsoring Yoruba Nation agitators.

Before he was taken to Abuja, the security operative along with Tula Oyo went back to his house and told his family to provide his smartphone.

Tula Oyo was a former Chairman of the National Union of Road Transport Workers (NURTW), Oyo town chapter. No doubt, the nature of his job as a transporter will attract a large number of area boys to his side. He recently lost one of his children to cold death.

Ever since he was taken to Abuja, the family has not heard from him and there was no feedback on the progress of the investigation exercise.

The family is concerned about his health as a hypertensive patient that needs regular routine checks and is selective in food intake. His children have expressed concern ten days after they don’t know whereabout of their father.

Tula Oyo was also linked with the Abolongo jailbreak in Oyo where more than 200 inmates escaped from the correctional facility.

How long will the family of Tula Oyo wait to hear or see him?