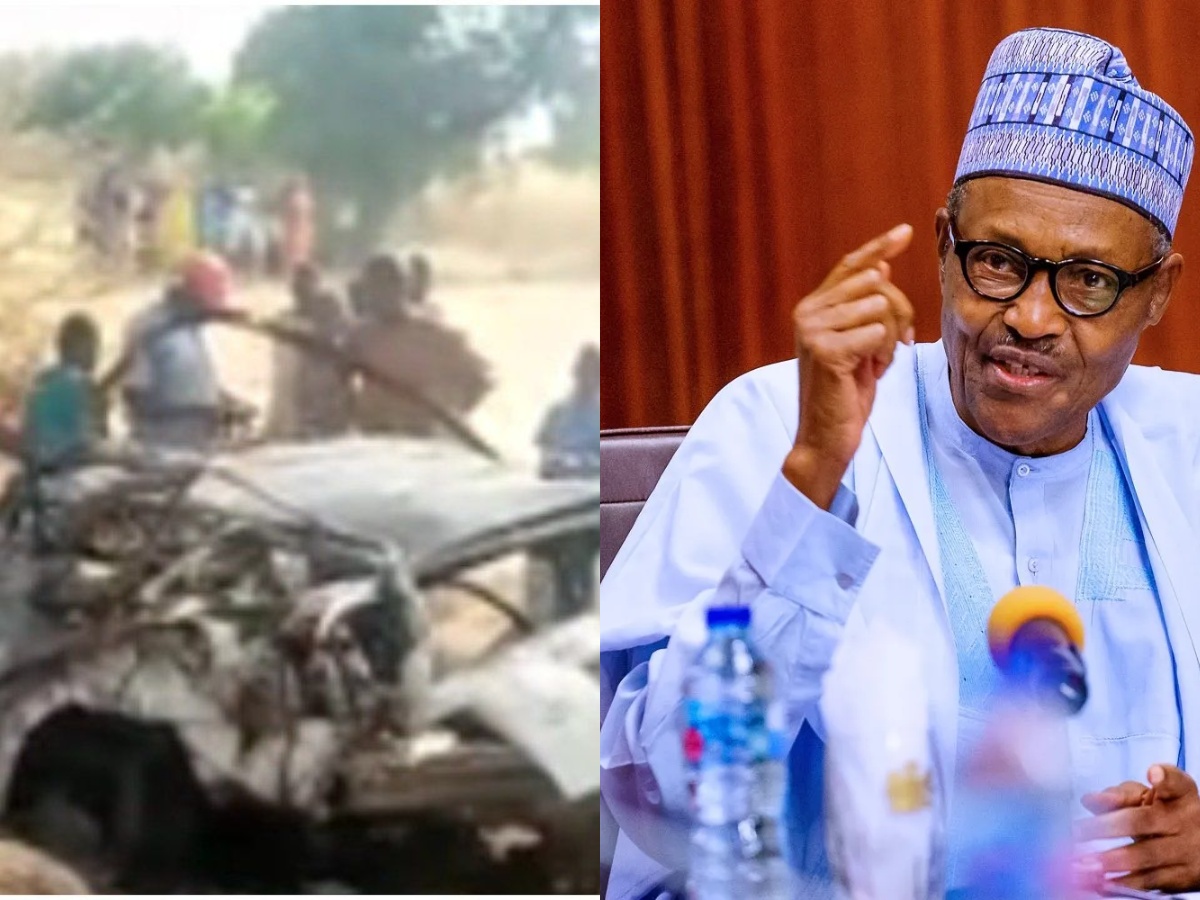 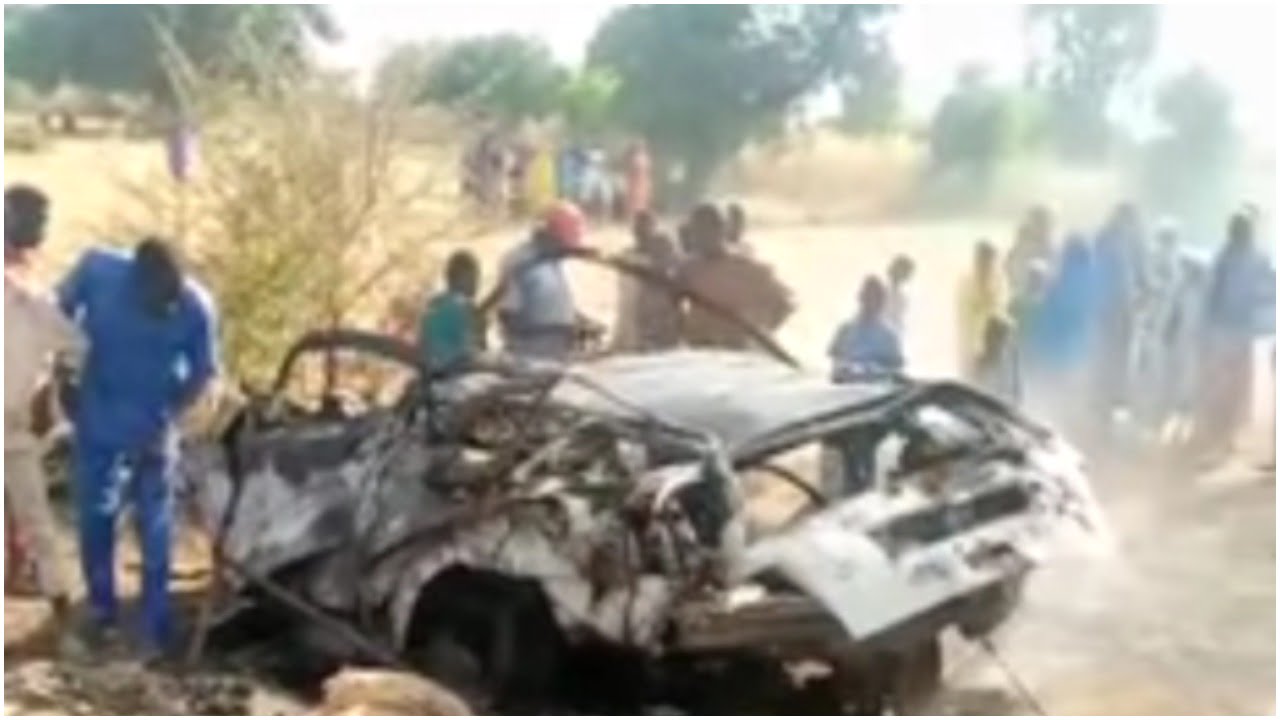 About twenty persons have been burnt beyond recognition in a motor accident along Achilafiya to Karkarna road in Yankwashi local Government, Jigawa State.

An eyewitness told DAILY POST that the accident occurred when two Golf vehicles had a head-on collision and caught fire instantly.

He said the accident resulted in the death of occupants of the vehicles including the drivers and passengers.

He said the fire prevented the people from rescuing anyone of the occupants of the vehicles.

He said ”the accident occurred on Sunday at about 05:00pm along Achilafiya to Karkarna Road, involving a Golf with reg no. XA 361 BCH and Golf Wagon with reg no. FST 276 CX.

The police spokesman explained that the two vehicles caught fire as a result of the head-on collision resulted in the death of fifteen person.

He said all the occupants of one of the vehicles driven by Bashir Ahmad were burned beyond recognition while the driver of the other vehicle and thirteen of his passengers sustained serious injuries.

Shiisu said all the victims were rushed to PHC Hospital Karkarna for treatment and later died while receiving medical attention.
Source – Daily Post 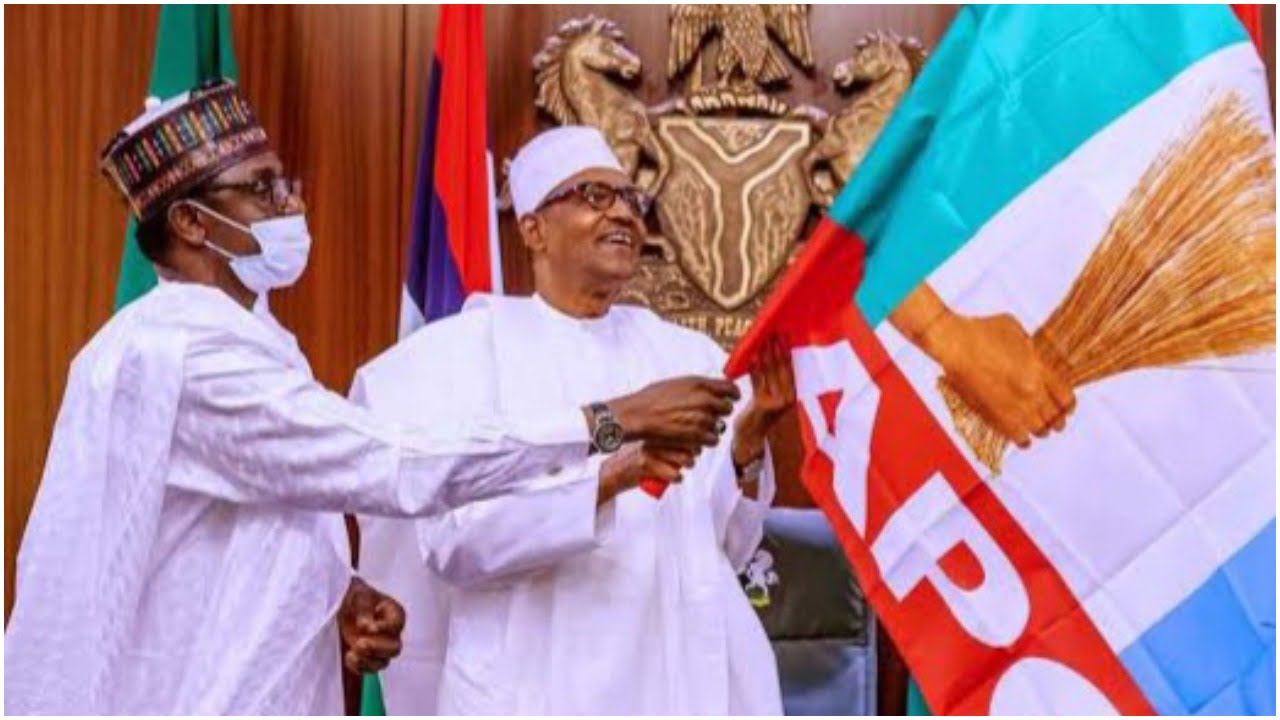 The All Progressives Congress (APC) has run into fresh murky waters as a faction sacks Mai Mala Buni.

The faction has also attacked President Buhari over his supervision of the party.

On Monday, a unit within the party, Progressive Youth Movement, announced his replacement.

Audu said a National Reconciliation Committee will be formed to reconcile aggrieved members before the February 26, 2021 convention.

He further announced a zoning formula for Positions in the new National Working Committee (NWC).

The scribe’s statement said they are unknown to the party, its structure or as a registered support group and therefore non-existent.

“However laughable, the criminal attempt of the purported group to usurp the leadership of the President Muhammadu Buhari-led APC now bothers on treasonable felony.

“Relevant security bodies must now check and address their unscrupulous activities. The attention the purported group seeks will not be given to them by the party.

“We can only advise that the general public completely disregard them. They are not registered members of the APC and are being used by opposition elements and fifth columnists to cause confusion.

“As widely reported, the successful meeting between the APC leadership, Progressive Governors’ Forum and the President produced February 2022 as the timeframe for the National Convention”, Udoedehe noted.

DAILY POST confirmed that the APC National Secretariat has been under heavy security in recent weeks after intelligence of a planned forceful takeover.
Source – Daily Post