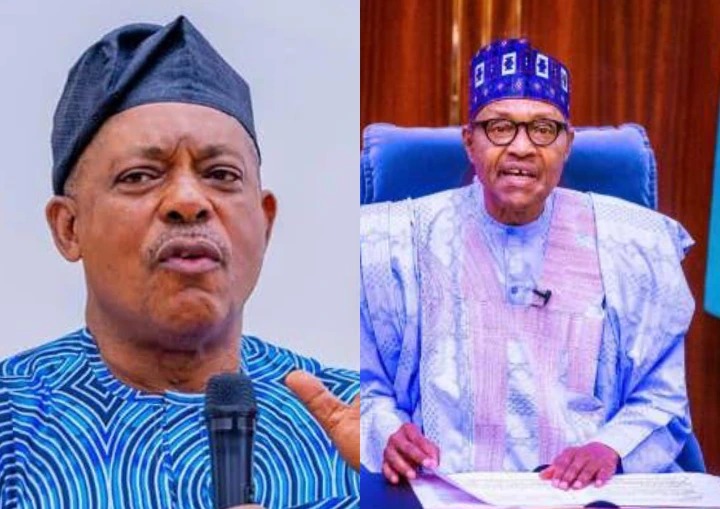 Court-suspended National Chairman of the Peoples Democratic Party, Uche Secondus, taunted the All Progressives Congress for “trying to reap where it did not sow” to secure victory in the just concluded Anambra Governorship Election.

Secondus also congratulated the candidate of the All Progressives Grand Alliance, Chukwuma Soludo, for his victory at the poll.

Buhari made the promise Wednesday in Paris, France, while speaking at a working lunch at Palais Elysee with President Emmanuel Macron.

“On security, we commend France for its strong commitment to peace and security in the Sahel and the Lake Chad region. This has contributed significantly to the fight against terrorism and extremism in the region.”

“Irregular migration and human trafficking are issues of concern to both Nigeria and France. Transnational criminal networks operating in Africa and Europe are exploiting the vulnerable in the most dehumanizing ways. We are committed to working with the relevant French authorities to dismantle these networks.”

“Nigeria and France have a wide scope to expand and deepen their relations. This effort would be aided by closer engagement at the ministerial level,” he added in a statement issued by his spokesman, Femi Adesina.

A motorcyclist whose identity has not been revealed has been allegedly killed by some revenue collectors in Ibadan, the Oyo state capital.

DAILY POST gathered that the motorcyclist was allegedly beaten to death by the revenue collectors who are officials of Oyo State Park Management System.

It was gathered that the motorcyclist was beaten to death for allegedly refusing to pay an N100 daily ticket.

Our correspondent gathered that trouble started when one of the revenue collectors flagged down the motorcyclist and asked him to purchase the N100 daily ticket.