Senator Andy Uba: How The Ambition To Govern Anambra State Failed For The Second Time Since 2007 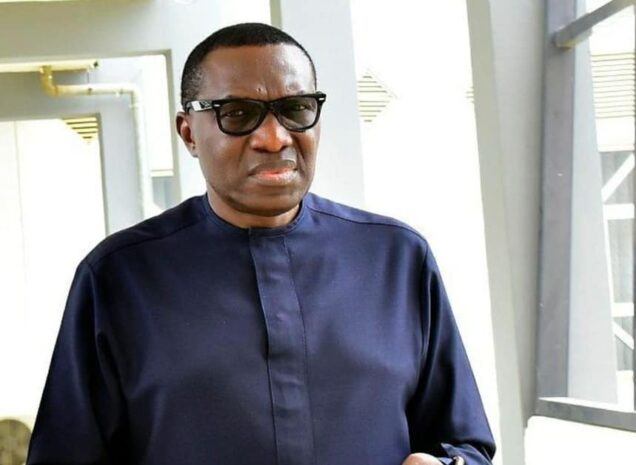 The November 6 Guber election in Anambra State has come and gone. The Independent National Electoral Commission has declared Charles Chukwuma Soludo of APGA, the winner of the election after he scored 112,229 Votes.

The APC candidate, Senator Andy Uba came a distant third after he polled 43,285.

This is the second time Uba is contesting for the office of the Governor of Anambra State. In this article, we will look at the journey so far and how the two-time Senator from Uga community in Aguata LGA of Anambra State failed again in his bid to govern Anambra State.

In 2007, Senator Andy Uba contested the Anambra guber election under the platform of the PDP. He won with 1,093,004 votes while his closest rival Virginia Etiaba of APGA polled 71,296 votes.

However, then incumbent Governor Peter Obi who survived two impeachments got a favourable judgment from the Supreme Court on June 14, 2007, which sacked Andy Uba as Governor because he( Peter Obi) has not completed his tenure.

Uba’s relationship with Olusegun Obasanjo who was the President then could not save him despite that OBJ convinced him to return from the United States and join his government as a Special Assistant who lived in Aso Rock.

In 2021 he joined the race once again this time around under the platform of APC, a party that is not popular in Anambra State. He was optimistic of winning following the series of high-profile defections to APC including that of the Deputy Governor of Anambra State, Dr. Nkem Okeke, and Senator Stella Oduah who represents Anambra North in the Senate.

However, things went south and he couldn’t even come second. The ambition to govern Anambra State has been there but events and the platform which he used contributed to his failure to realize his ambition.

Will he try again in 2025 when the next guber election in Anambra will take place? Only time will tell.