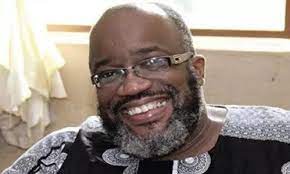 He said that the victory of the All Progressives Grand Alliance APGA in the election is a result of the resolve of the people to take their destinies into their own hands and make sure that their votes counted.

It had to be held to fulfill our debt to Ezeigbo and other foundation members who passed the torch on to us. He noted that the father figure image of his late father on the Party has been the tonic upon which All Progressive Grand Alliance has been wining.

His word “His image, as always, loomed largely. It is the symbol that unified us all and inspires us to forge a united destiny for our people. That in no way takes away from the monumental effort made by His Excellency Governor Obiano, who by sheer force of will and the support of well-meaning stakeholders, made the impossible, possible.

Ojukwu urges the incoming governor of Anambra state to extend his hands of fellowship to his Political opponents and reach out to all and sundry irrespective of any divide.

He described the Anambra electorate as “woke”, grounded, well-informed, intelligent, and having a single-minded determination to create their own way forward.

“They are not easily cowed or pressured. I think the reaction of the Anambra electorate these past few days has earned them a lot of respect throughout the nation and beyond” he added.